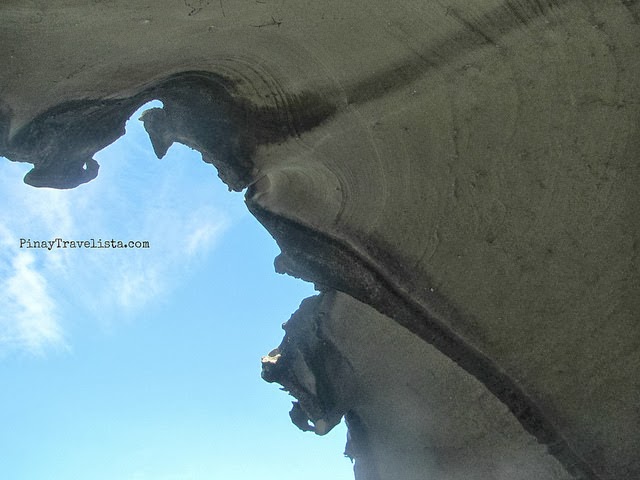 I was supposed to finish this blog series ages ago. But travels, over travels that came after this had me handicapped in that part of the brain in charge for any understandable prose – if there was but any, ofcourse. But Biri Island left me good memories if we leave out the misadventures I had getting there. The landscape was only familiar from the textbooks I read about it during grader years. And even it’s print on books did not prepare me of how alien I would feel out there. So when I did get to Biri Island I quickly asked the habal-habal driver I already contacted a few days earlier to go directly to Biri Larosa, or the rock formations after a check-in at a resort. 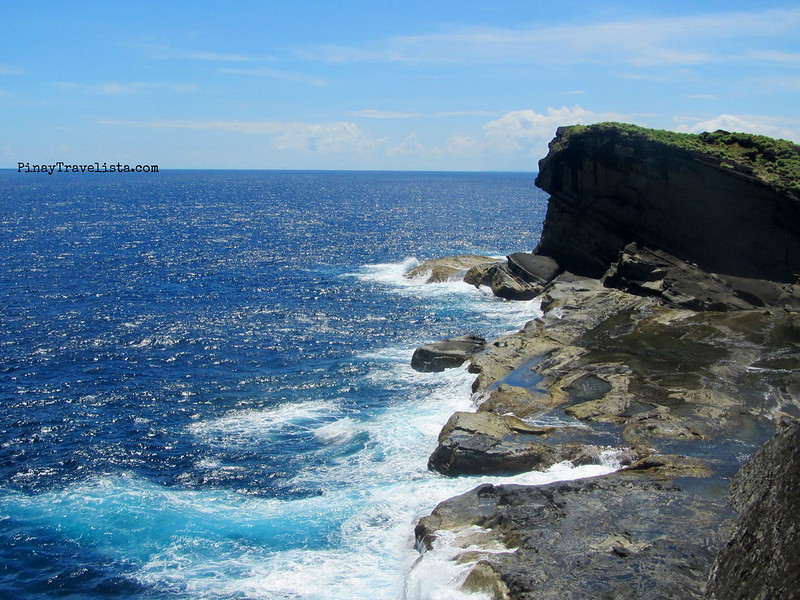 Biri Larosa is a protected landscape, and seascape area, and probably the reason why I wanted to visit it as well. Protected areas have regulations on foot traffic, and human disturbance on certain areas. And that also means that preservation of these natural wonders is practiced, and are managed by the local community. The rock formations were the obvious stand-out even from afar but in near proximity, they not only take my breathe away, they send chills down my spine. 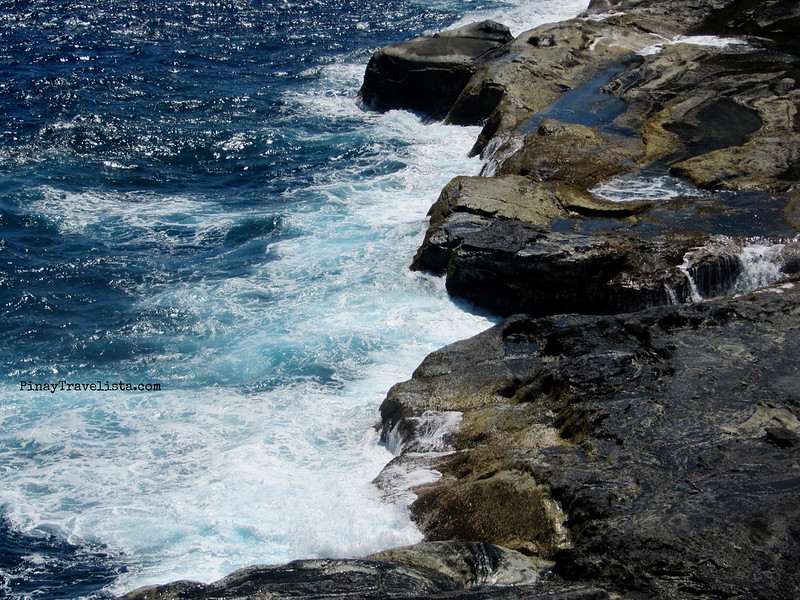 Both wind, and water  carved, and gave personalities to each of the rock’s facade. Layers of rocks, and sedimentation can be observed; smooth, and sharp surfaces looked as if wind, water, or whatever forces smoothed, or cut through it. 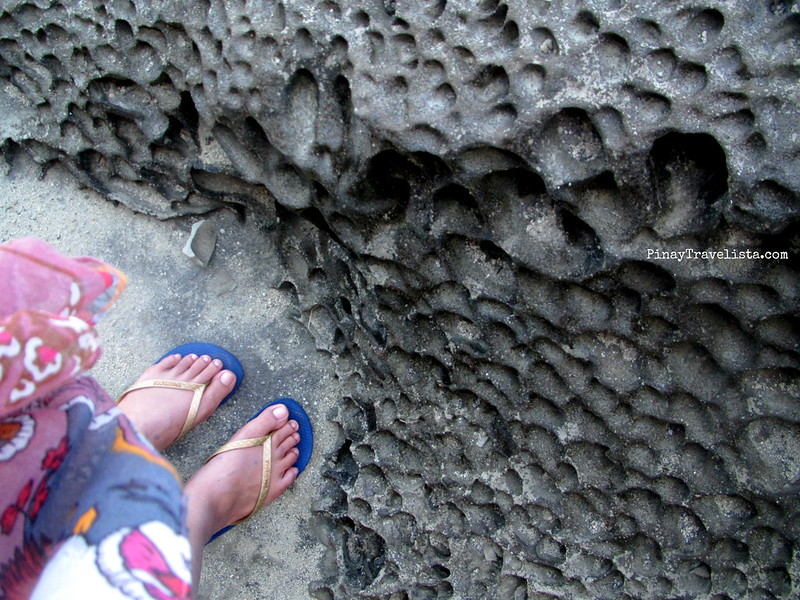 Standing on Magasang Rock, I peeked at a side that overlooks Magaspad rock, and the crazy waves the beat the slabs of rocks below.

There are six lined rock formations, Magasang; Magaspad; Makadlao; Puhunan; and Caranas, that faces the San Bernardino Strait, and it’s harsh waves. The first two I got to visit, and really took my time checking it out. Makadlao, however, was only seen from afar with the strong waves that stopped me from going near it. The last three, I got to visit the day after.
I was dwarfed, as a grain of sand would in the landscape of these rock formations. Biri Larosa was rugged, and handsome, and it took to my liking. I could stay there, and pretty much make it my playground if it did not leave me awestruck  most of the time. It was a sight, cliche as it may sound,  for sore eyes.
A SEA OF GREENS. 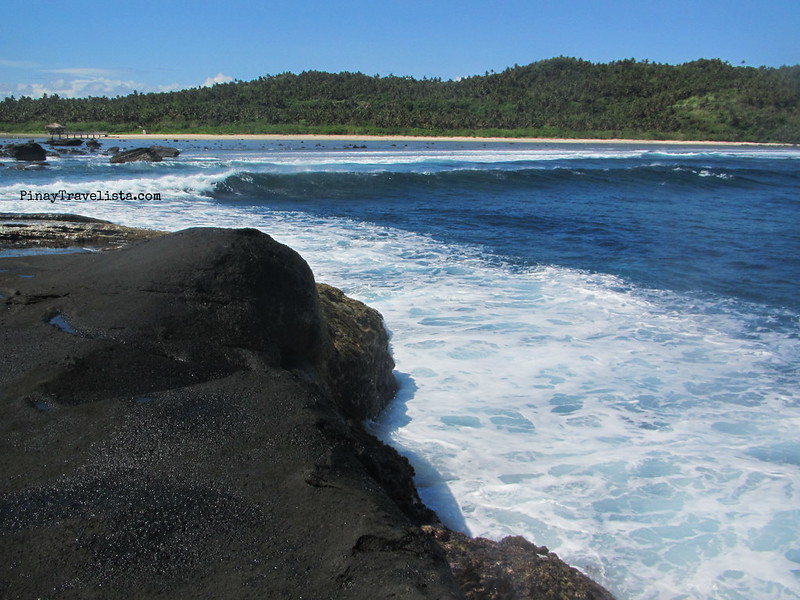 Apart from the seascape, of which I have not dived in on this trip, and the rock formations, there’s a pathway that snakes along the sea of foliage of mangrove trees on the way to Bel-At Rock. This is part of Mangrove reforestation implemented last 2007, and was funded by Philippine Tropical Forest Conservation Foundation that aimed to contribute to the regeneration of mangrove ecosystem in this island. 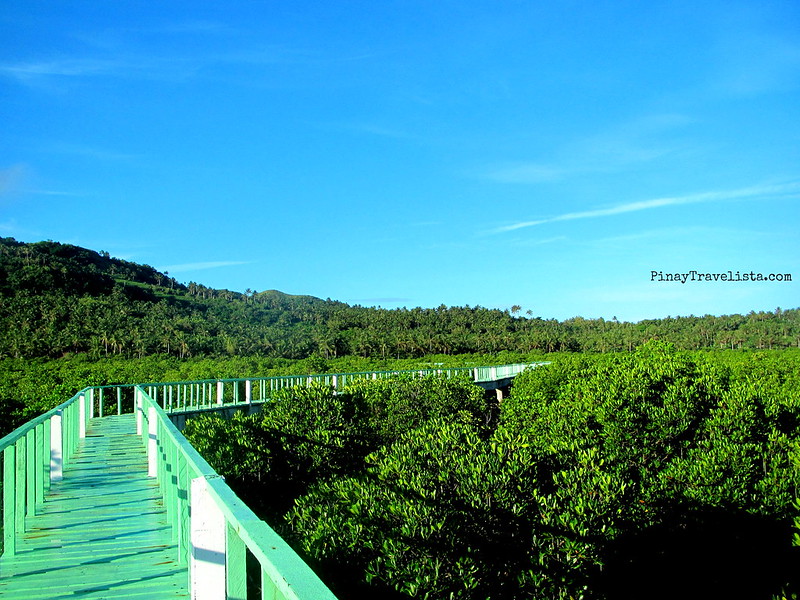 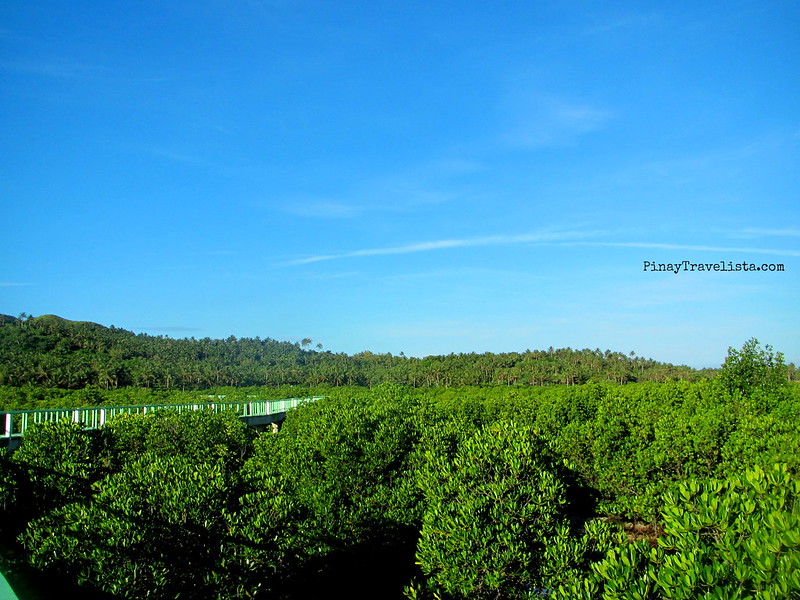 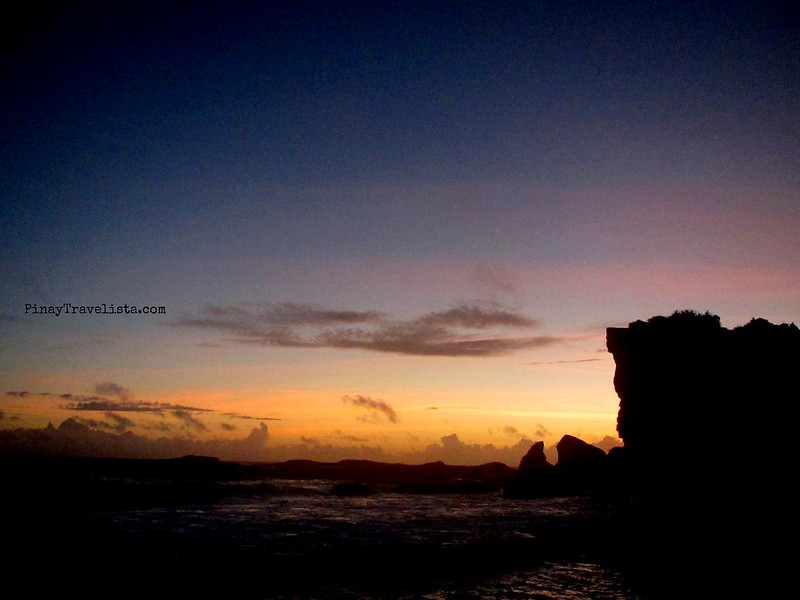 My guide asked if I can get my sunset shots before the sun totally goes out. His daughters were graduating from daycare centers pre-school program, and he extended the invite I got from his wife, and mother-in-law. So I cancelled the sunset walk, and spent my night in a community affair, and some local dancing. Good thing my guide picked me up at the resort early having remembered my request for an early walk at the rock formations. He took me to the last two rock formations which were Bel-At, and Caranas Rocks.
When the sun came out, the guide led me to check out Caranas Rock closely. I was tempted to swim in one of it’s tidal pools there, the waves were too wild hitting that side of Caranas Rock, but did not. I spent half the morning going around the rock formations, knowing that humans are but visiting creatures there. Anything alive, and thriving there took the beating of the water, and the winds, and some occasional weather disturbances. It’s a place one could only  marvel from a distance, come close to it for a while, and wander around in the briefest one could. I, then, headed back to the resort for some rest time. It was a quick Biri Island visit, and I would rather have stayed longer. But all things, like a crazy beautiful Biri Island visit, had to end.

You might like to read the rest of the BIRI ISLAND posts here:
Solo Travel But Not Really
Biri Island, and the Series of Unfortunate Events <<< you’re here.
Of Ruggedly Handsome Rock Formations, and More

List of Accommodations
How To Get There
Travel Guide