Skip to content
Because I wanted sunrises as much as sunsets, I suggested an early morning invite to the rest of the company before our visit at Dipolog City would end. Good thing the guys were up for it, Karen [Karenade] suggested the Galas Beach for that, and the rest was okay for an early wake up call. It was no pressure for anyone to join, but an early wake up call was required — sunrises after all never wait for anyone anyways.

Unfortunately, so did the driver of the pedicab we hailed. Like a visitor would not argue with the pedicab drivers (on specific instances — only, I should add), it was hard to tell the old guy to speed up his just-woken-up turtle speed. It was, to date, the longest shortest pedicab ride I ever took. I would’ve snapped off at the driver, and bit his head off, it was testing our patience and mine was near to asking to him stop so I can get down, and  outrun him drive. Have I said it was the longest shortest ride ever? 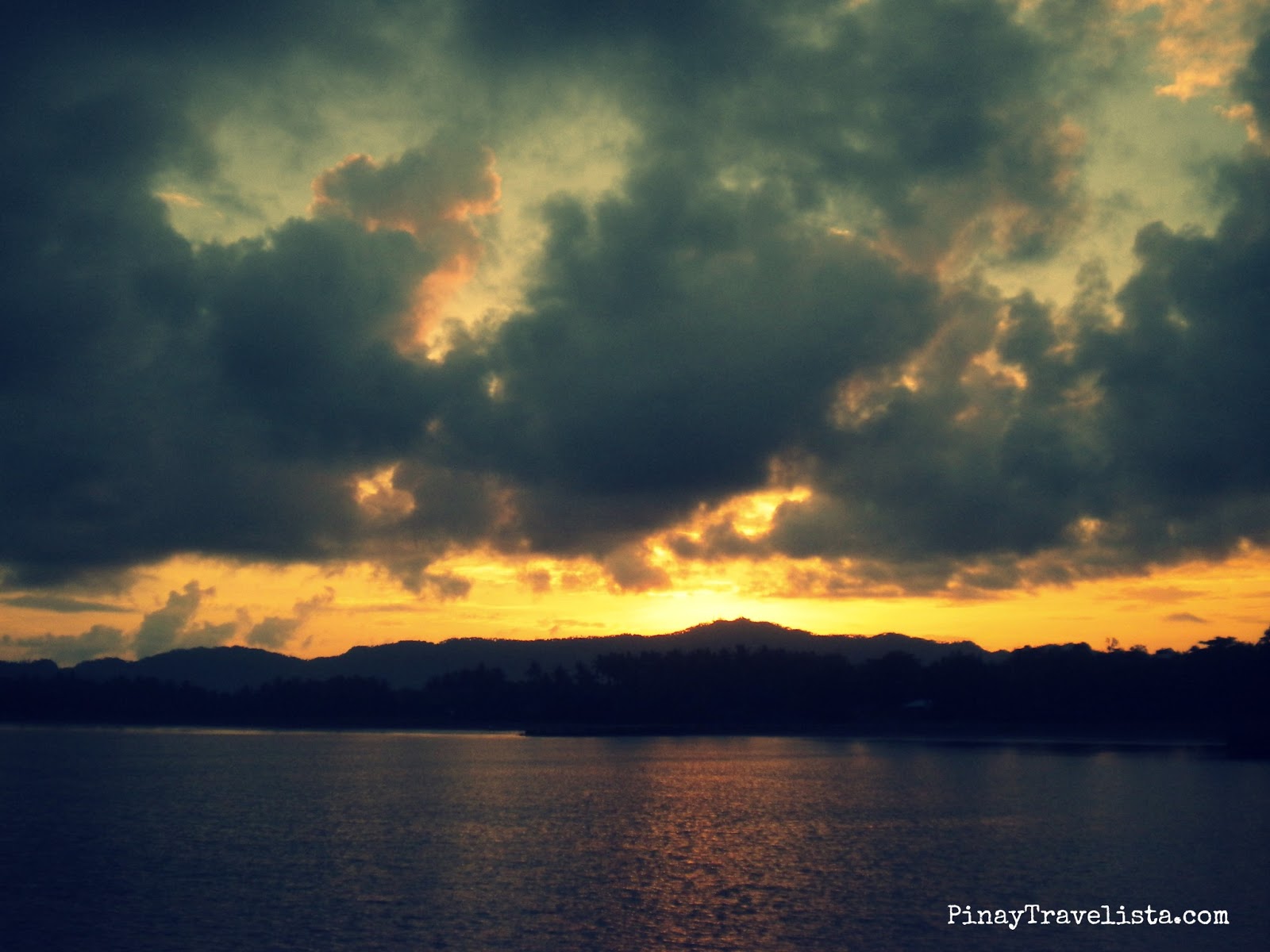 Not long after we got to the stop, and man were my companions were in a hurry. Everyone looking for the direction the sun would peek out. And when I was expecting the sun to shyly introduced himself at the sea horizon. He surprisingly peeked from the mainland’s direction. The sun’s bright colors was all it took to cheer up the early morning despite the heavy clouds looming over. How can you not sacrifice a bit of time for that?

Since one of us left her memory card back at the hotel, I handed mine after I got some few shots. There’s always a time for play. You know why I like sunrise, and sunsets much — like a good book it teases you , and keeps you captivated with how things begin. Makes me look forward on the in-between’s —- where the good, and the bad, and the surprises happens. Eventually leaves you with a good ending of the day, and a bit hopeful of the day coming after. 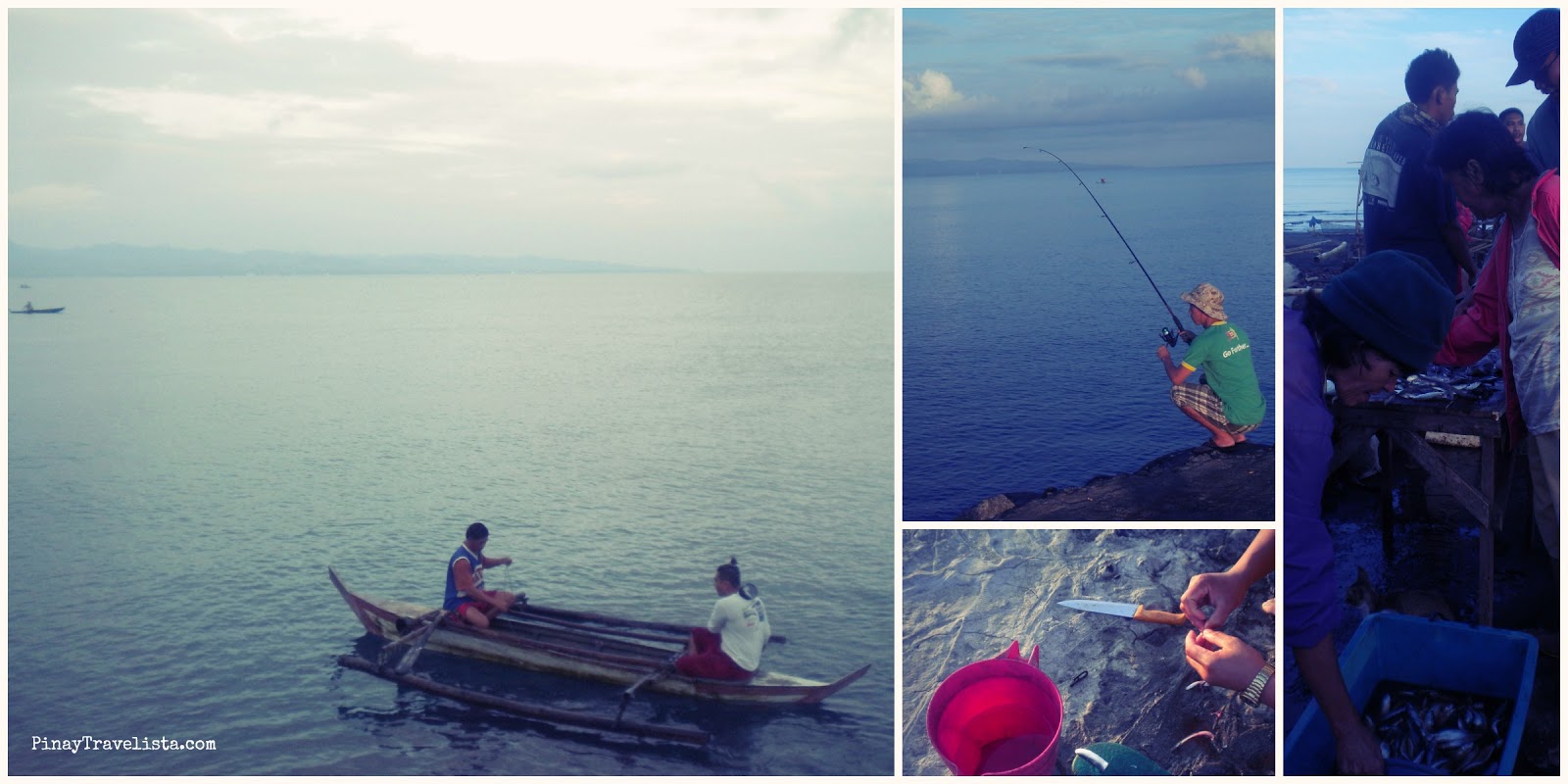 Galas beach is, when light revealed, was an expanse of dark grey beach that is conducive for family, and friends gathering, a quick swim, and some fishing, and selling fishes after. So when we decided to visit Galas Beach for a sunrise, we got to take a glimpse of community life by this sea front.

You know what I would not trade for the Galas beach morning? That manong driver who had a world of his own, and made me feel I was just in it for a joyride. More than anything, it taught me to keep cool, and entertain funny, and animated thoughts instead. Hey! The world after all does not always revolves around us. Sometimes, it revolves around a pedicab driver who decided to take his passengers in a what he thinks is a leisurely ride of a speed.

I did tell you how I love sunrise because how it jump starts the day, right? Like sunrises, some few first of the day is a mild way of introducing with what’s coming around. Sometimes introductions and getting-to-know-you’s are not all in your face, and so upfront. Sometimes they are slow, shy, and not minding anything else. Of this travel, I was always in a hurry, I needed a reminder to take things slow — on travels, with people, and with myself.

TRAVEL NOTES
+ Take an early wake up call. A good 20-30mins before expected time of sunrise is good enough. But then again, go at a time you prefer.
+ Keep your cool should you fall prey of seriously slow-driving drivers. It’s not nice to argue, or point a negative early in the day. So resort to previously mentioned above. =P
+ Linger a bit even after sunrise. And go where crowd forms, usually you can get a good deal of freshly caught fish. Buy some to consume for either breakfast or lunch. Come on now, how about helping the local economy, and get people to do honest living. *grins*
+ Bring extra clothes should you decide to take a swim. The beach is clean, and the water is clear — surprisingly. Surprisingly because with a place so accessible to people, you would expect it otherwise.
+ If you’re brave enough, and not as klutzy as I am, ask some locals to teach you how to fish. Now please do not lug on those rods if you feel that you’re already killing their time. These fishermen do it for, either, a living, or fishing for family consumption. Be sensitive.
+ Please care after yourselves. Let other people discover Galas beach like you did. Clean.