Skip to content
I got you there, didn’t I? Let me introduce you to the men you will, and must meet while at Dipolog City. I met them, unfortunately, only by passing. My heart was robbed of time to fall in, uhm, chocolates with them.  But I’m pretty sure you will like these guys, if you knew who they are, and their contribution to this city. With time and their surroundings changing around them, these men stands unmoving in their places being witnesses of the everyday life of it’s locals.
Dipolog’s Three Prominent Pioneers Statue

Standing in front of the City Hall, the three prominent figures of seemingly men of different stature, and professions in life stands in the busy city street corner. Meet the first municipal mayor of Dipolog, first Filipino Diocesan Priest in Mindanao, and the farmer who introduce a rice planting system that paved the agricultural system of the country today. 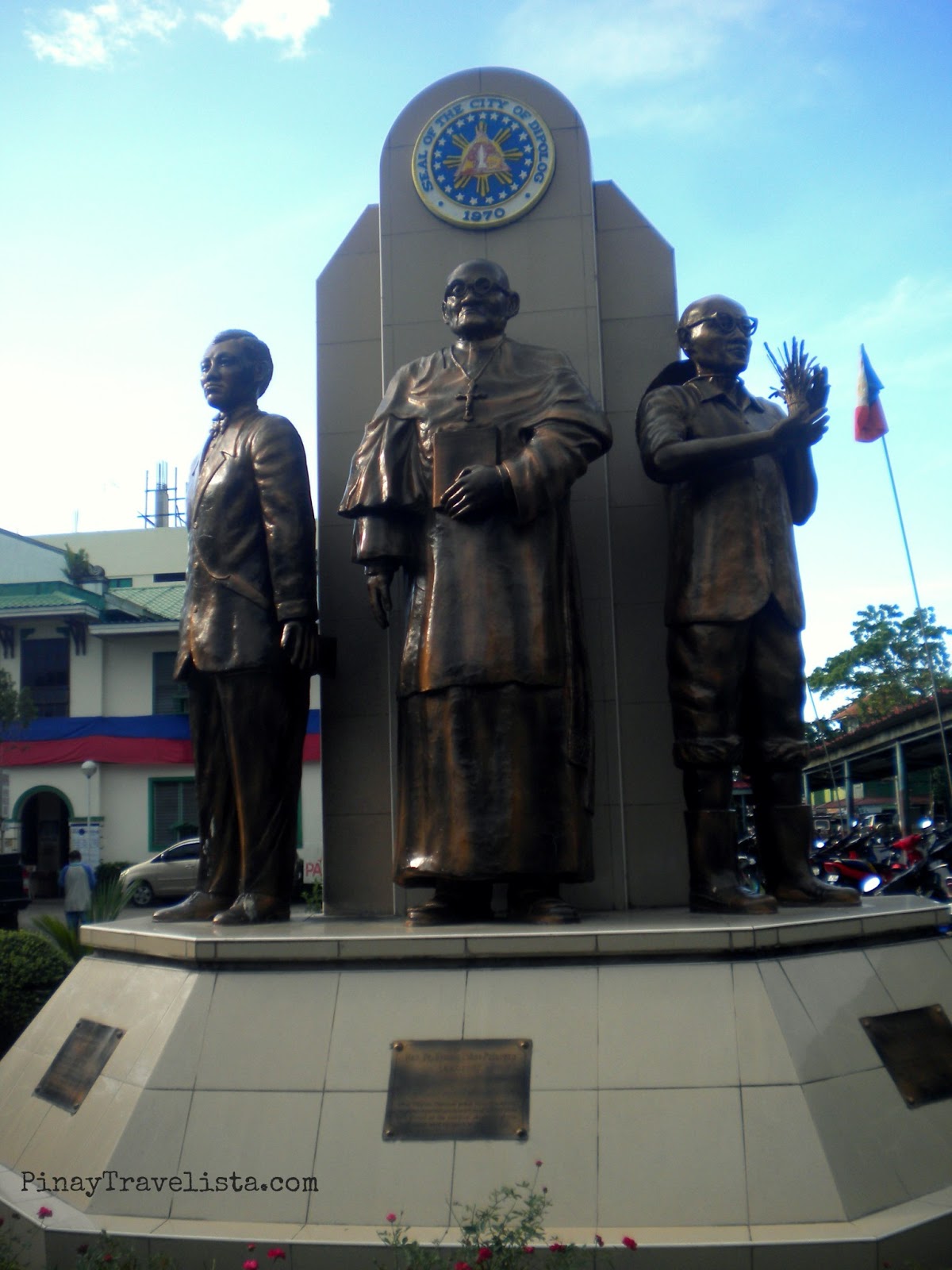 An abstract, and classical design that now interprets Dipolog City today is the statue that represents the Tri-people of Mindanao — Muslims, Christians, and Subanen, stands at a rotonda where the busy pedestrians  and motorists passes by. It was said that the people of Dipolog, like this city is diverse, yet united in it’s vision, and goals. It seeks peace, progress, and just, and human society for it’s local citizens.  The figure stands 4.50 meters in height and is not made of bronze or brass as you may think it is at first sight. It is however, made of resin that is both durable, and light, and would cost less than any bronze or brass would. 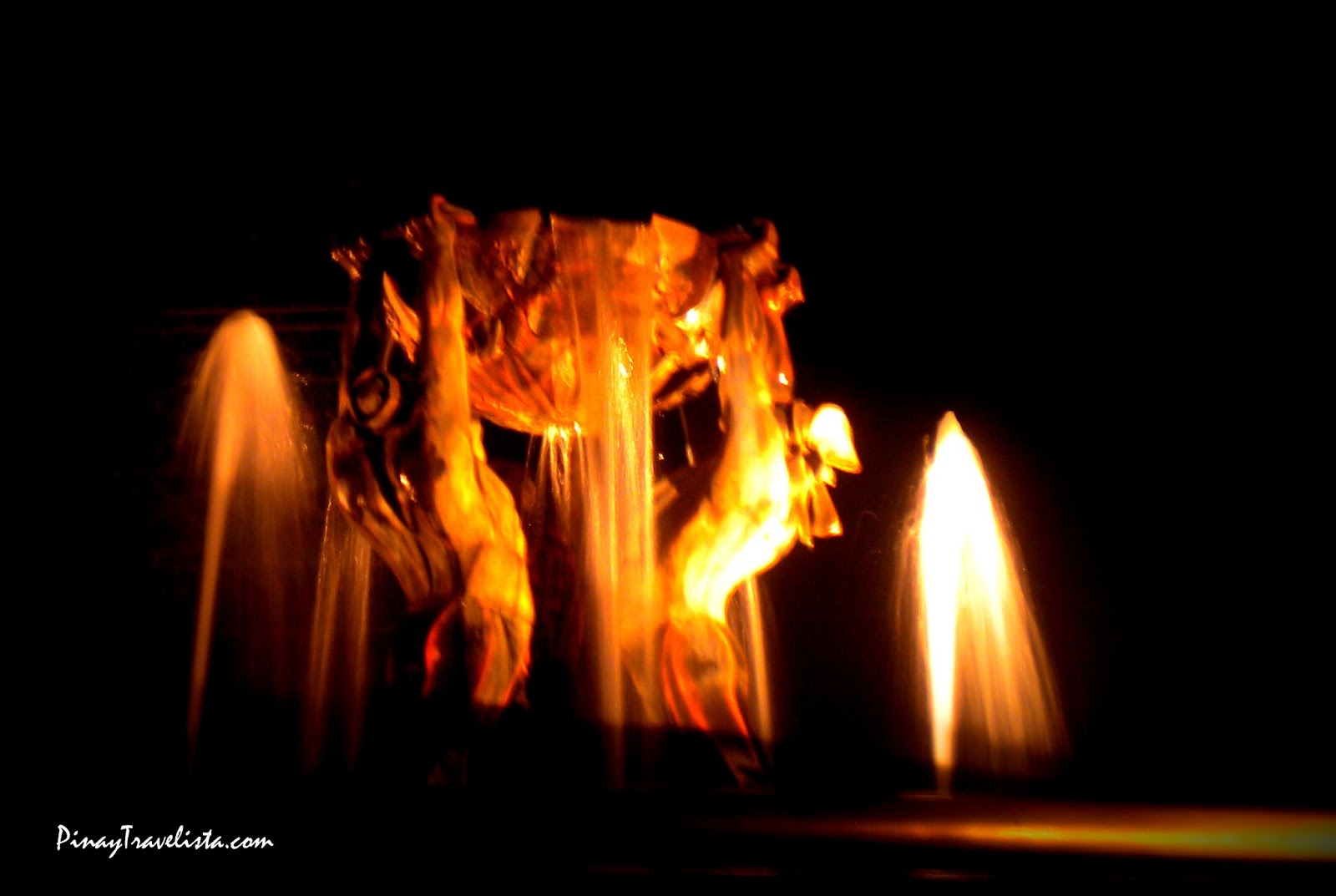 The symbolic people of Dipolog raises a bowl  upwards to the heavens as a gesture of thanksgiving for generous graces, and blessings, bountiful harvest, sustained peace, and prosperity that is interpreted with the water that cascades profusely from the bowl to the ground. Thus also being called as the Fountain of Blessings. Being the Gateway to Western Mindanao, it indeed is the perfect fit of a symbol to be seen in a part of the country where diversity is obvious, and welcome.

Besides the influence of Philippine’s National Hero, Dr. Jose Rizal on Dipolog, seen mostly on it’s architectural designs, these men whose presence has greatly added to the rich history of this city, and the modern interpretation of the people of Dipolog now stands in the streets of this interesting city. Dipolog never ran out of something to keep any visitor entertained.

TRAVEL NOTES
+ The Three Prominent Pioneer’s Statue can be visited when you visit the Cathedral of Our Lady of the Holy Rosary, and after the walking tour, you can also take a break from all the heat, and get yourselves some refreshments at Julie’s.
+ This Pagsalabuk Circle is best seen both during daylight and at night. I like it more during nighttime when the lights play on it’s surfaces. But it is also beautiful in daylight, where you can see the details of the sculpture.

How to Get To Dipolog City
Dipolog City and the Hudyaka 2012
Where to Stay at Dipolog City?
Sta. Cruz Marker & Some Broken Dreams
Shy Introduction at Galas Beach
Century-old Cathedral
Big Joe’s Cafe Sinful Pork Binagoongan