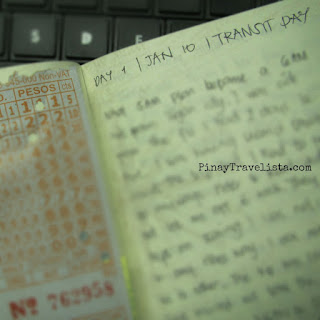 “DAY 1 | Transit day.” says the badly scribbled writing on my travel journal. I was traveling with the guys of whom I’ve known for 8 years or so. Unfortunately, the females we were suppose to be traveling with had other appointments they can not get out of. So of broad shoulders, and deep voices, I was the odd one out.
06:11AM
I was moving in turtle speed that would only happen when I’ve just woken up. I made it before 6AM. It was still dark, and cold when we met at Iligan City North Bound Bus Terminal, and I still had clouds above my head that a colder bath could not wash off. Yes, I tried all remedies to kick the flu off, especially when  we decided to take the longer route to Dumaguete City.

07:46AM
It was a good that the guys collectively decided to take a straight bus ride from Iligan City to Dapitan City. I would have wanted  it differently. When traveling on long land trips, it is good to get a fare only for the next city up ahead, and transfer to another bus to get to the next city, than riding a straight bus ride from point of origin to the final destination. It will actually save you 15-30 minutes per stop — just the exact time of bus intervals. But should you do that, make sure you take the next bus traveling 15-30 mins ahead of the one you rode on. It is a synchronized dance that you will master when you’re traveling in time constraint, or on rush travel seasons.Then again, what was the rush, and it is bad when you’re traveling with a flu, and being all too groggy with medications. Maybe if it was just me, I would have cheated, and cancelled the trip a day later, or took another route instead. But hey, I was one of the guys, and I was looking forward to traveling with them. 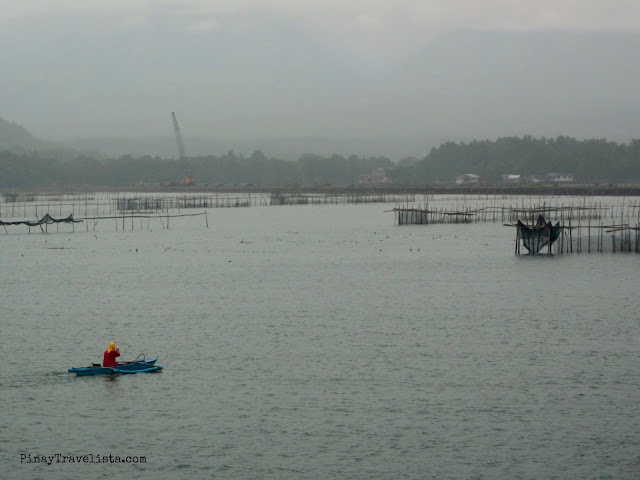 09:00-ish AM
By the time we got to Mukas, the overcast was threatening. Midway on the ferry ride, rain fell. And it has been a long time since I saw Ozamis drown in grey. I’ve always traveled this way on sunny days, that it was new to me to see it so gloomy, and still. The ferries here travel in 15 minutes interval. Three or maybe two of them are in good operational state but time, and use shows that it needs a major face lift or should long have been retired. I romanticize on how old transports travel day after day, seeing different passengers of different reasons to be on the road — how colorful their stories would be if were told. 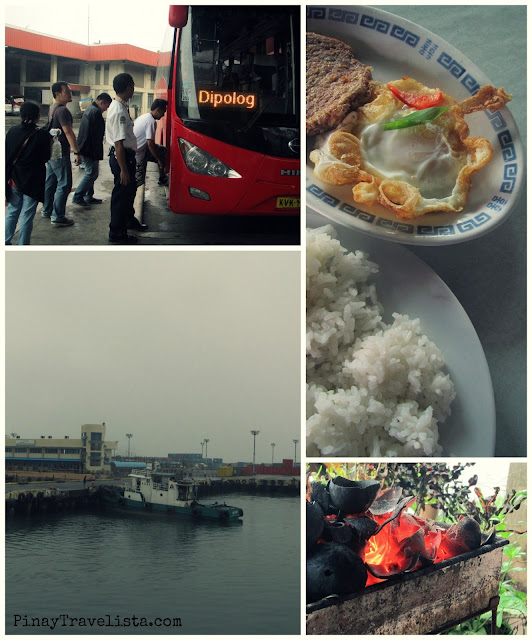 09:00-ish AM
We had breakfast at the bus terminal at Ozamis City, and made sure to keep the bus driver, and conductor close by. I’m no picky eater, but unfortunately my digestive system is. I would rather starve, than get stomach flu on the road. Both has not happened though. Eating where the bus drivers usually eats, on instances like these, is the safer way to go at it. We had to eat twice as fast as we normally would. We would not want to be left behind. I just have to say those driver do eat pretty fast. 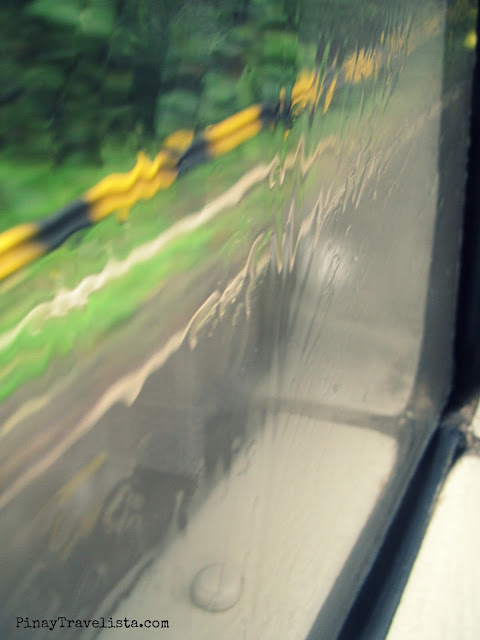 Lost track of time.
The rest of the bus ride to Dapitan City was a blur. All I could remember was I slept, mumbled something incoherent as an apology when I startled everyone on the bus when my water bottle fell from my grasp. The raindrops pounding on the bus roof and the trickles of rain water on the windows lured me back to sleep again — only to be awaken on different bus stops. After 8 hours more, or less on the road, we saw the junction, and our stop. Dapitan City. I met someone who gave me a new perspective on, more than just, travel there. 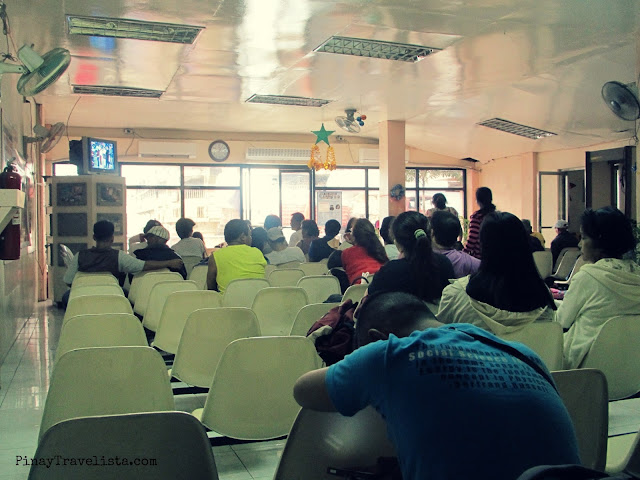 02:37
Lunch was late for us. There was a local foodhouse by the bus stop. We did not take too long there, and went on to secure us tickets for Dapitan – Dumaguete ferry. We got a pedicab, and was hoping to get there early, and go back to visit some few spots in Dapitan. The distance from the port to must-see spots was a long ride than what was expected. Maybe it was too soon to see Dapitan City again, some other time maybe, I thought as we decided to scratch that plan out. Even gloomy days brings the grey in on traveling. Not a happy soul was an earshot away when we found ourselves waiting at Dapitan’s Port passengers terminal like the rest of them weary travelers. Not more than an hour, we were boarding. 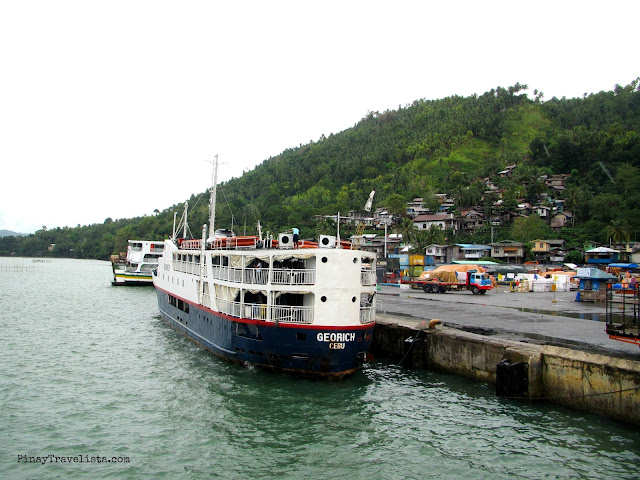 04:00
The weather kinda cleared up, and I was feeling a bit well despite the fluffy, and red nose I had from all the sneezing. I can tell someone was smiling down at us, and wanted to show Dapitan off even if it was a glimpse of the port and the stilt houses near the waters, and those up on high grounds. Dapitan has always been humbling, more than as charming as I found it. 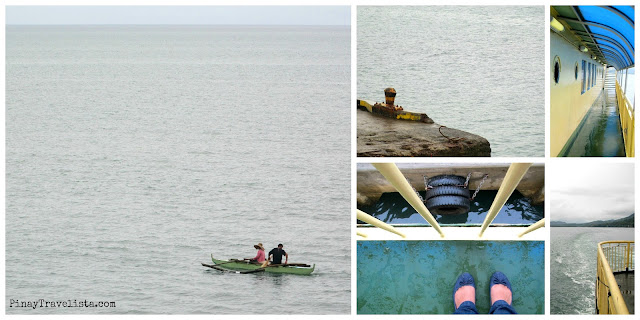 Near 5:00PM
In the remaining minutes sunlight fought it’s way behind the clouds, and everything seemed to be bathe in white unadulterated light. Pockets of reflected light gleams on both smooth, and rough surfaces damp from the rain. Before nightfall loomed over, the last glimpse I saw of Dapitan City may have gloomy, but it was calm.
Some 4 hours and more minutes after.
It was already dark, and the boulevard stretch was a sight that welcomed us to Dumaguete City. Except for the dancing reflected lights on the waters surface, Dumaguete was sleeping except for a few others still up. Our arrival was a quick pick up by a friend. Her family was nice enough to accommodate us for the night, even if we did not want to trouble them. She would not accept a “no, thank you” answer. Too tired to fight back, and too welcomed after a long transit, we left our things at our hosts home, and went out for a late dinner with friends who were happy to be off duty that night. I can barely keep up. Dumaguete, and reunions — finally.
You might like to read DUMAGUETE CITY related posts here:
How to Get There | Dumaguete City via Iligan – Dapitan City Route
En Route Dumaguete | Daylight on the Road
Finding Comfort at Hotel Nicanor
Silliman University On Foot
Silliman University Church Across the Field
Silliman Hall & Anthropology Museum
Confessions | Traveling With the Boys — COMING UP! =P