“And the expensive wine served, and beer bottles handed had not tempted me one bit. But shoes were kicked off when the music was too loud, and inviting to just gawk around. For an outsider we may seem like tribesmen in bare feet dancing in circles with dresses of hues of pink. Only, I doubt that honeysuckle color is too dominating for any tribe to use as their own. So when the night wore out, we came back to the hotel all sweat, and a bit sore.” It was a crazy night of celebration but I had was ready for a quick Apo Island excursion with the my friends from college.

En Route | Heading to Apo Island After A Wedding 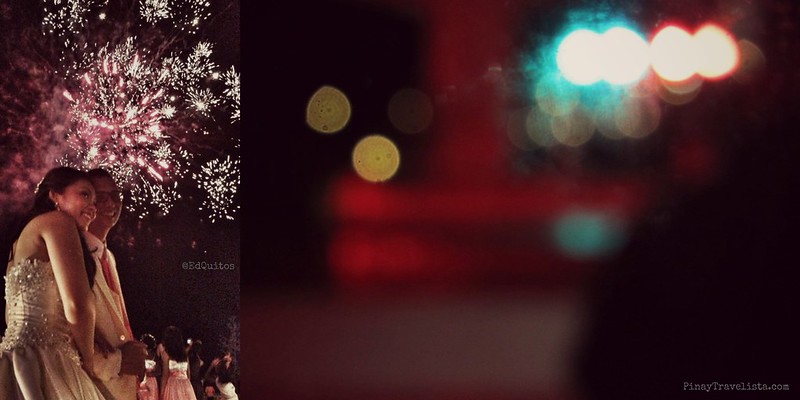 5:31 AM.
I woke up at the sound of light snoring, and teeth grinding from maybe one of the guys in the room. It was still dark, and I knew if I was alone in that room, I would cried with the absence of windows. “Calm down”, I said to my claustrophobic thoughts. I looked over at Audee Mae’s sleeping form. How she can sleep that soundly regardless of space is something I envy. I decided that an early walk to the boulevard by myself won’t be happening after the wedding, and a party that night.
Around 8AM.
We hunted for a place to eat, I wanted to try Scobby’s, and it could’ve been the perfect place to have breakfast since it was located across the street from where we were staying. But it was still closed.
So we decided to have breakfast at an eatery on the next block. I honestly forgot what I got that morning until I browse through my pictures. How can anyone forgot sunny yellow serving pieces on bright orange table?  So I had pork menudo that must have been left too long on the fire. I can taste the charred meat, and consumed the carcinogenic substances along with it. And the soda choice? Only because it fit well with all the colors in the shop – that I remember. So I was shallow that morning as I ate just to get something into my stomach. 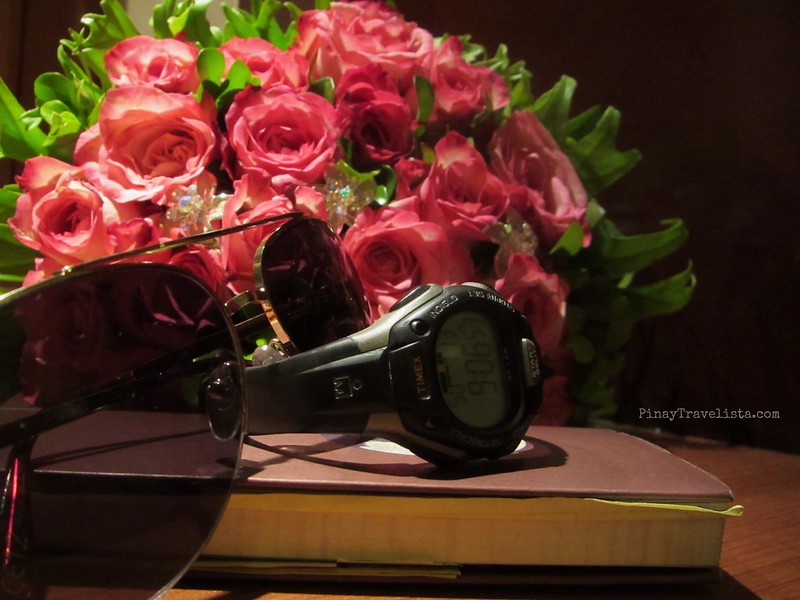 Leaving the beautiful the bride’s bouquet behind (ahem, I know. No need to rub that in.), I thought maybe the universe can break it’s rules, and carry whatever powers that bouquet had to the housekeeping who will see it. Or at least get someone to smile before throwing it to the garbage somewhere. I put on the universal travel clothes in this tropical weather – a pair of shorts, shirt, and slippers, and shoved the honeysuckle colored dress, and a pair of high heels I wore last night was into my pack, and leaving the beautiful pink roses behind.

After we took care of our hotel bills, and said our goodbyes to the newly weds, we were off to the Bellfry Tower where lined up multicabs heading for Dauin, Negros Oriental were stationed. Since we were travelling in a group having persuaded for others to join us, it did not take too long to wait for other passengers to fill up the empty seats of the multicab. 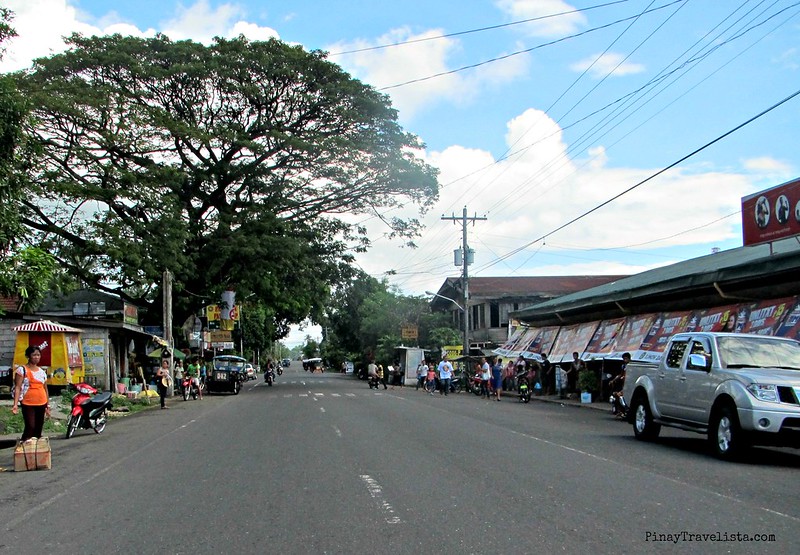 10-ish.
Our stop was at the Dauin Public Market. We were suppose to take either a pedicab or a jeepney from Dauin to Malatapay from that point. But if we took the bus for Zamboagita, we would’ve stopped at Malatapay, and saved us the trouble of the Dauin stop over. We asked around on how much the fare would be for each person from Dauin to Malatapay, and the drivers charged us 15PhP. It was not bad. But a jeepney fare would only cost us 8PhP, and we decided to be thrifty instead. The guys decided that the females should ride with Leonell, and Ronald who were on their way anyways. But I asked if I could commute with the rest of them. Imagine them saying some “trying to be cute” liners on my stubborn streak for insisting I would rather commute. Uhm, so they say, you gotta squeeze some juice to serve some for others, or something like that. 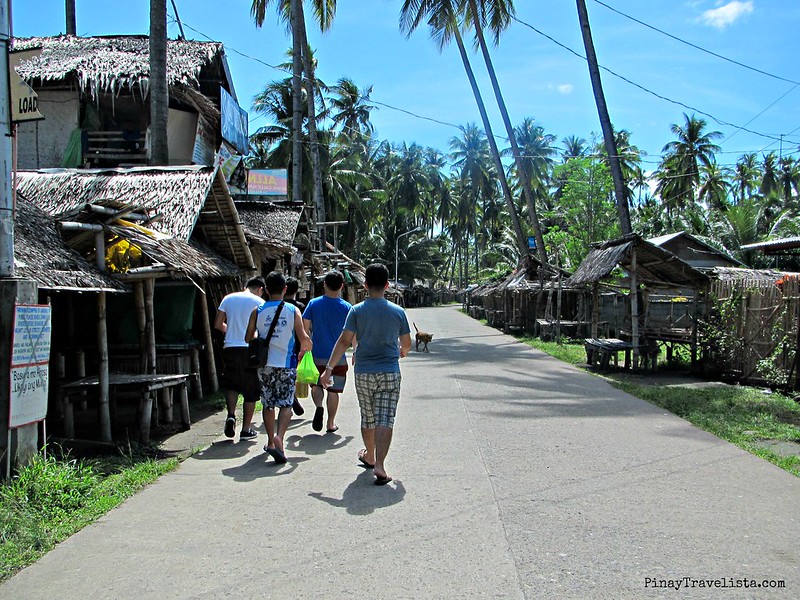 A few minutes after.

Carl after already having bought his pair of slippers from a stall somewhere, we waited for a jeepney bound for Zamboangita. The ride would be 10-15 minutes, and the jeepney was already loaded. Good thing there were enough seats for us, and we asked the driver to drop us at Malatapay market. Since I was seated at the passenger seat beside the driver, I asked him how to get to the jump-off from our intended stop. He said that we should take the road that heads to the beach side. It would not be a long walk, probably just 5 minutes or less he said.

The lined up wooden stalls were empty, probably because it was off season, and they do not get visitors that much often around January. We bought snacks, and bottles cola at a store at a corner since we were near hungry. The rest of them were already at one of the cottages where Ronald took parking, and were waiting for us. 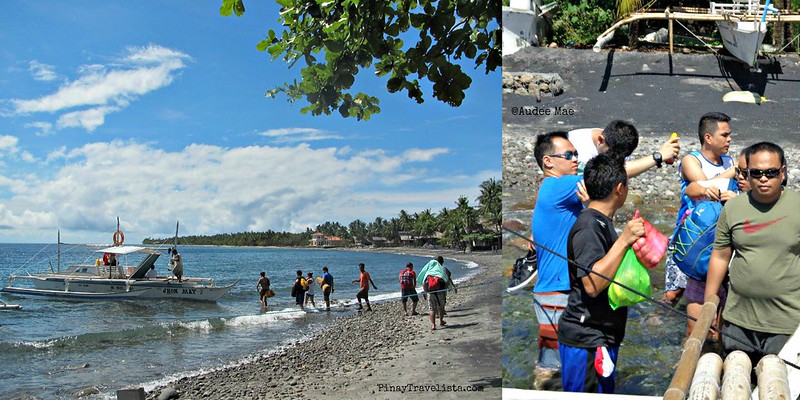 We were 10 in the group, and good thing they allowed us to take the big boat even if the capacity was only eight. Since Leonell, and Ronald will be heading back to the city the same day, they requested an additional fee for both of them for a special trip back since the rate only covers the one round trip transfer for the group. After that was taken care of, we found ourselves boarding the Jhon May 2 outrigger boat. 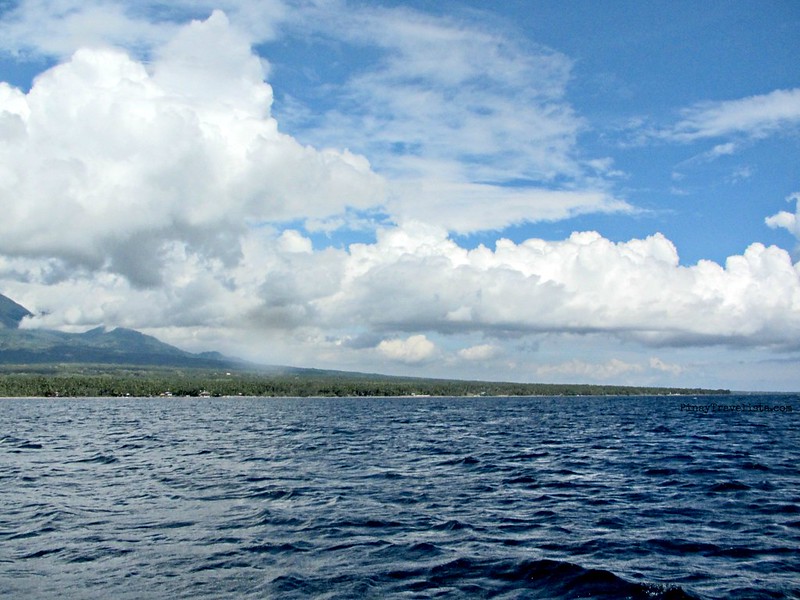 11:36 AM.
So it was January, the first month of the year, and yes we did not mind the fair warning we got that the waves can be brutal that early of the year, when it was fairly rough with the wind, and the current even if it is summer.  A head warning only allowed us to brace for a rough ride. 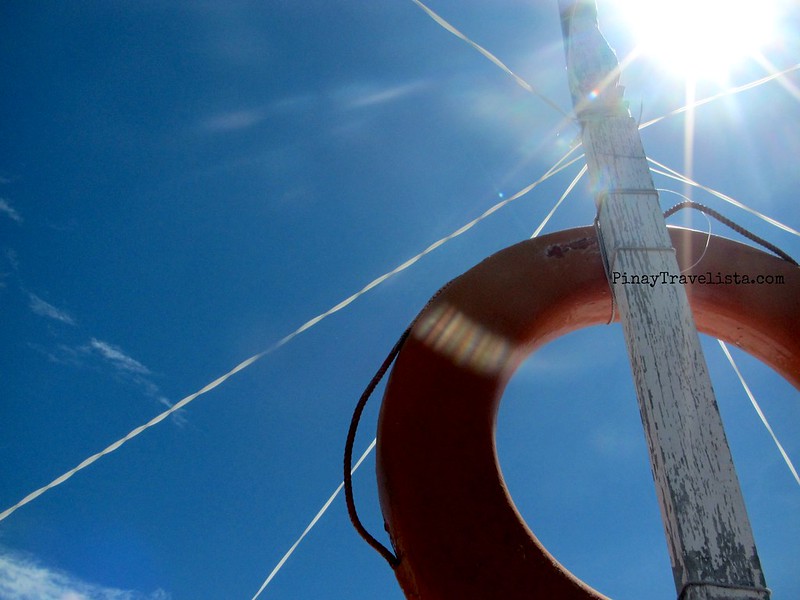 But during the hour crossing to the little island called Apo, the mainland Negros Island was just a sight to look at – something you can never appreciate if you’re landlocked in mainland. Sometimes beauty is best seen when you’re afar. This in a case of an island.

It was near perfect to even see parts of the sky not covered in clouds, and everything else seems to be bathe in blue. Then again you do not always get what you want. 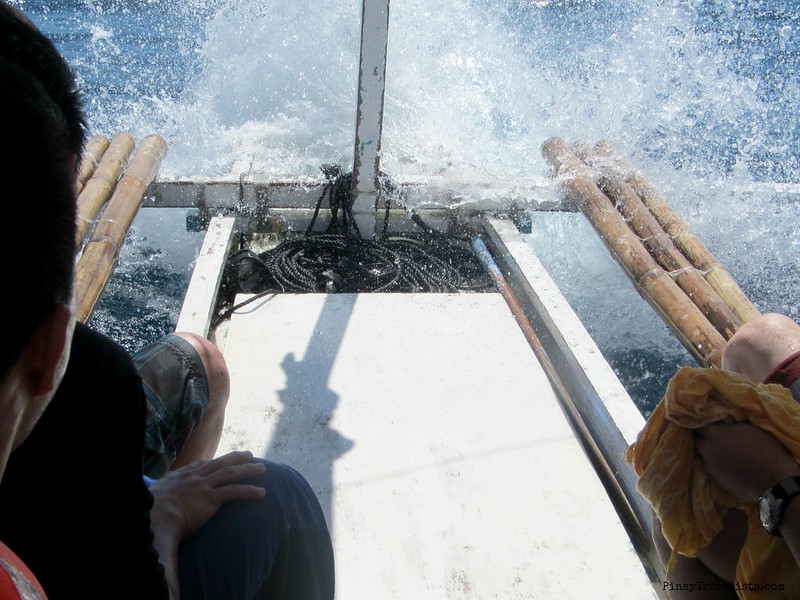 Because even during high noon, the waves crashed into the anterior of the boat as it coursed through the waters and it elicited giggles from us, cheers from the guys, and some very frightful screams from one very terrified passenger during that ride. 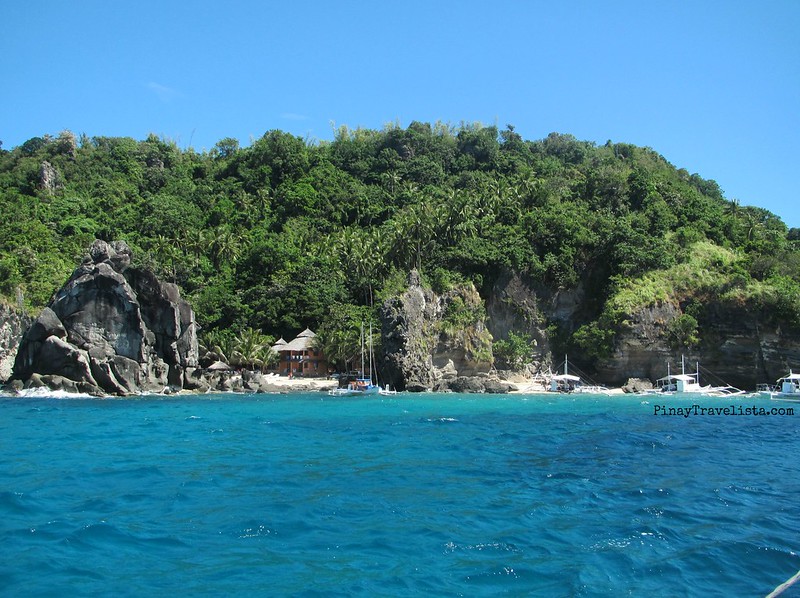 After that rough bangka ride traveling around ~7kms, we finally saw the community that is both the entry, and exit area for anyone going in, or out of the 12 hectare island. Even when we disembarked the boat, the water crashed into us, and made it slightly difficult making it to the shore. We weren’t so lucky to make it all dry, but the good thing is, we were kinda expecting that already.