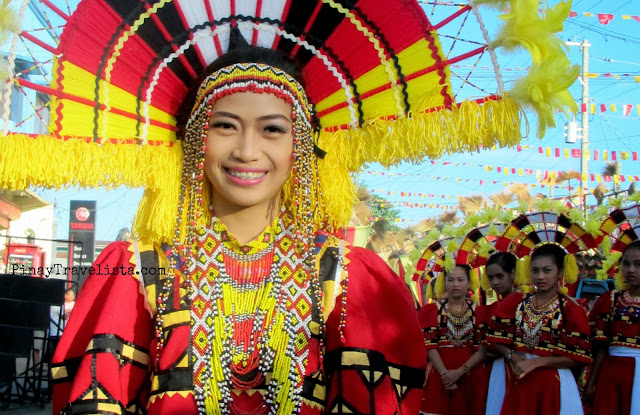 Frequenting Bukidnon, more than just the laid back feel I have come to like this province, is it’s large plantations, towering pine trees, and the cool temperature that does not bite the skin. It was my first time to visit Bukidnon for it’s Kaamulan Festival. I knew a few online friends in the travel blogging society that were planning a trip for a Kaamulan 2013 but I still have not made up my mind. A few hours into the night the day before the Kaamulan street dancing competition, I met H, at Cagayan de Oro for a quick trip up the city of Malaybalay for my first Kaamulan Festival experience! 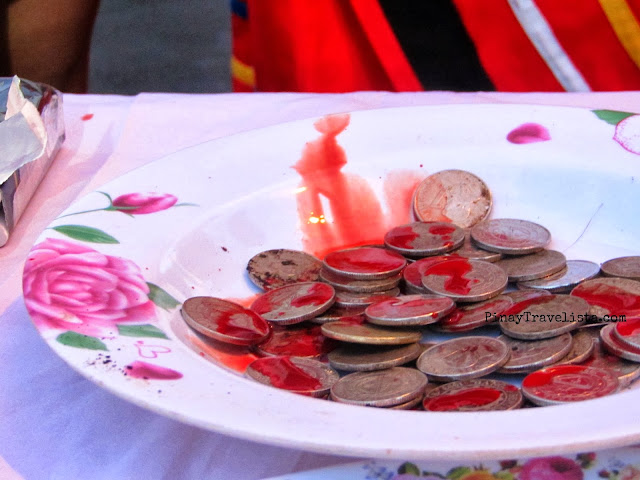 By morning, blood was shed. Okay, not of violence or accidents but of rituals by the members of the tribes who are early inhabitants of this land. The blood came from a sacrificed fowl, and a few coins, and other objects were symbolically arranged at the make-shift ritual altar in the middle of the streets before the actual street dancing competition started started. 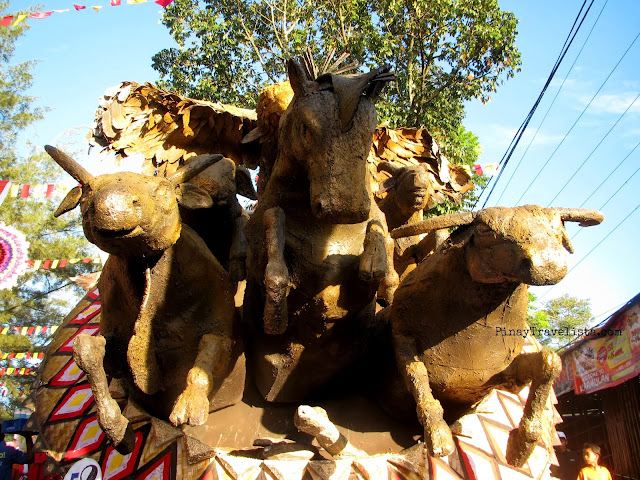 We made our way to the long closed-off road to where the dancers, and members from the different tribes awaits the formal opening, and start of the streetdancing. 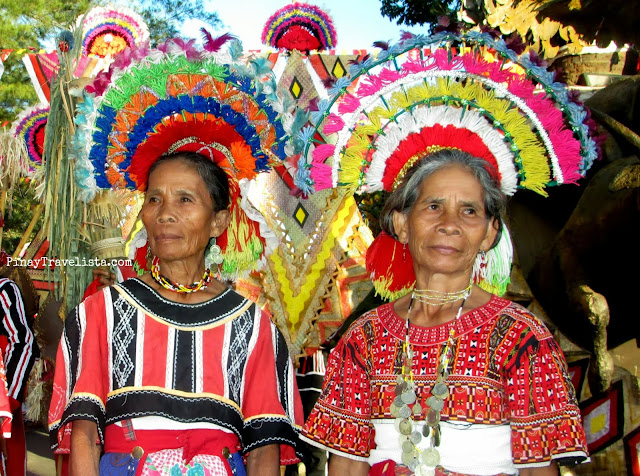 Kaamulan Festival at Bukidnon came form the word “amul”, which means “to gather”. Starting from the midmonth of February, and ending on March 10, the Kaamulan Festival is the gathering of tribes people for a purpose. This annual Festival is of dancing, chants, and ancient rituals performed by 7 indigenous tribes that originally inhabits the province of Bukidnon. 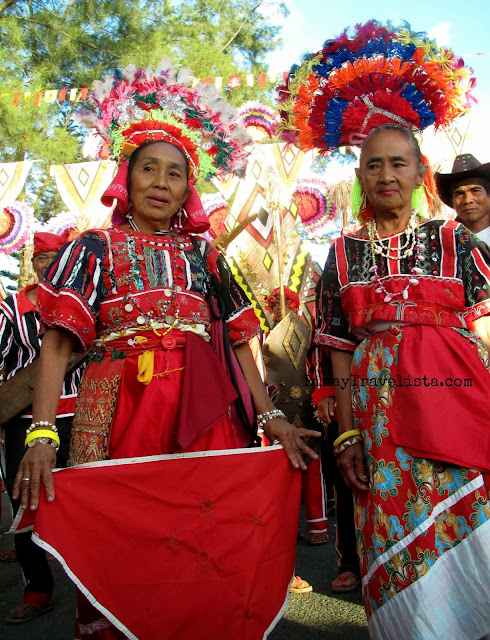 The one thing I like about this festival is how the whole tribe —- from the young to the old gather in their tribal colorful outfits into the streets, and joins in on the parade. From this gathering, you would see how large, and how extravagant a tribe is with their number, and their outfits,, and preparations. 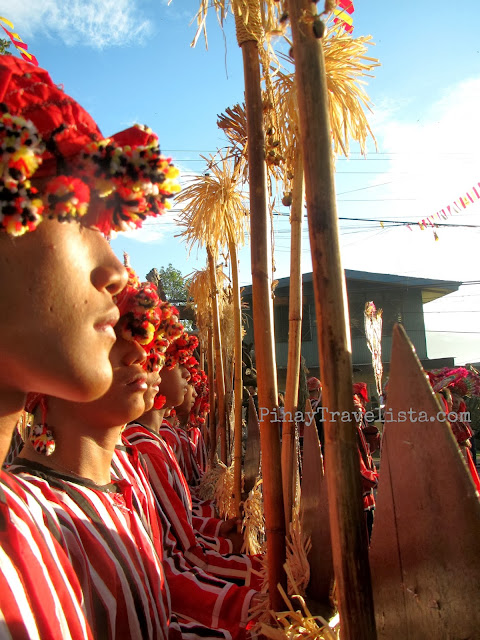 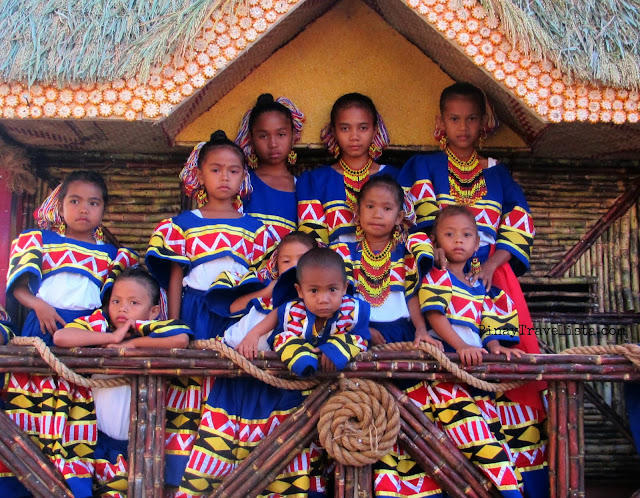 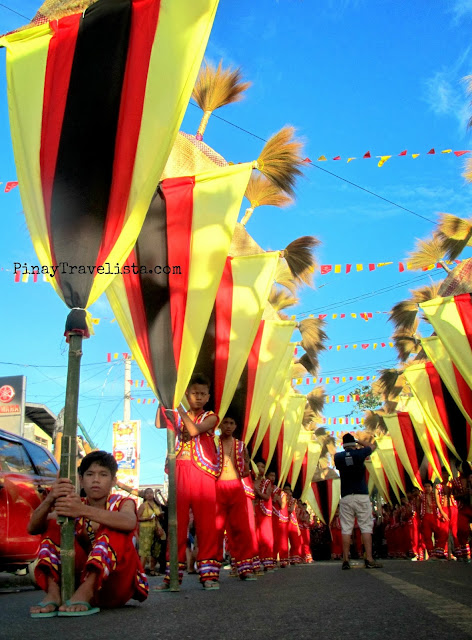 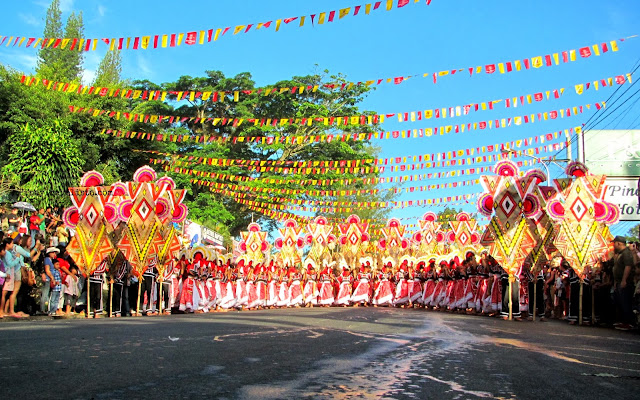 When the sun was up, and the streetdancing finally started, the whole width of the street were filled by the dancers seemingly oblivious to to crowd as they danced in steps unique to their tribe. 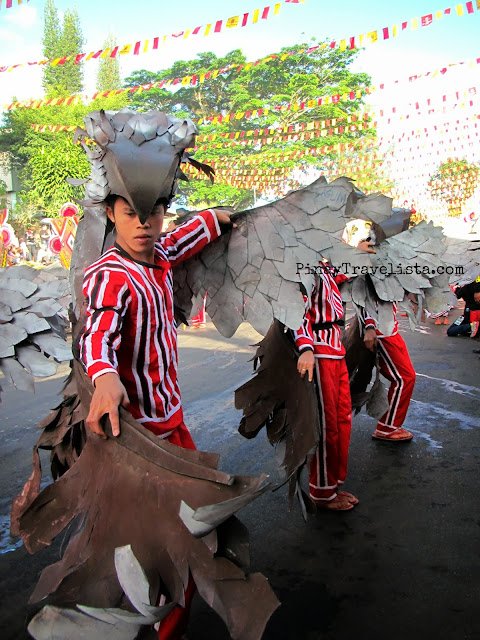 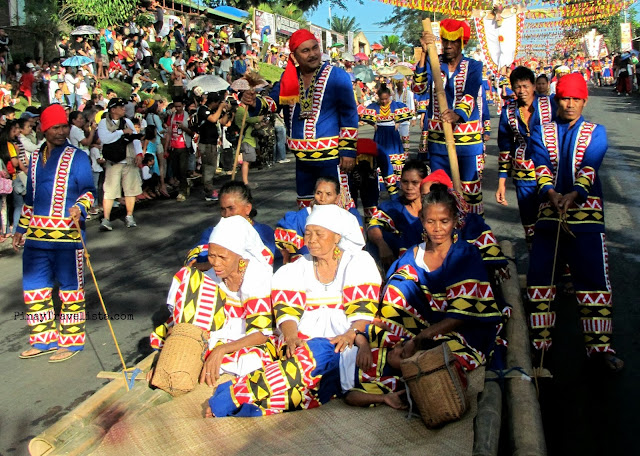 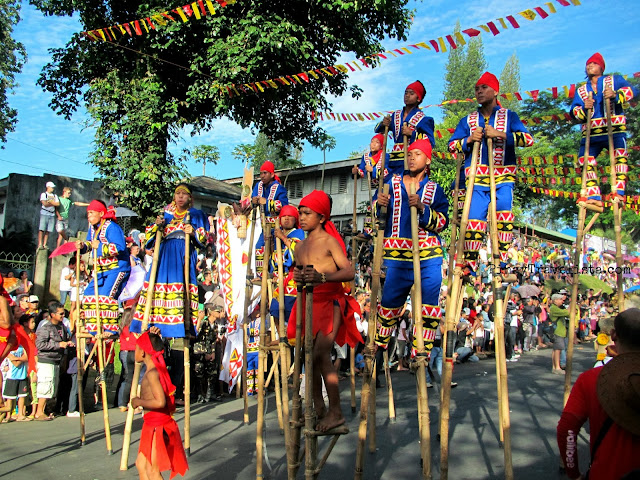 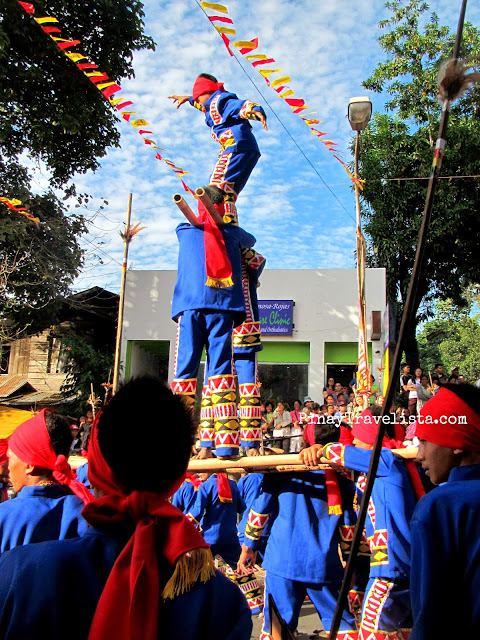 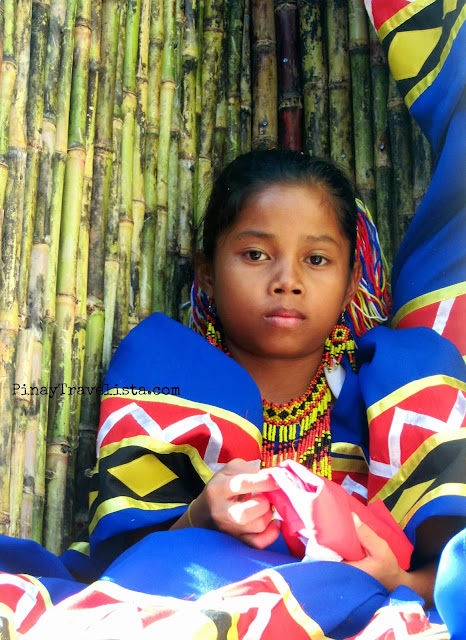 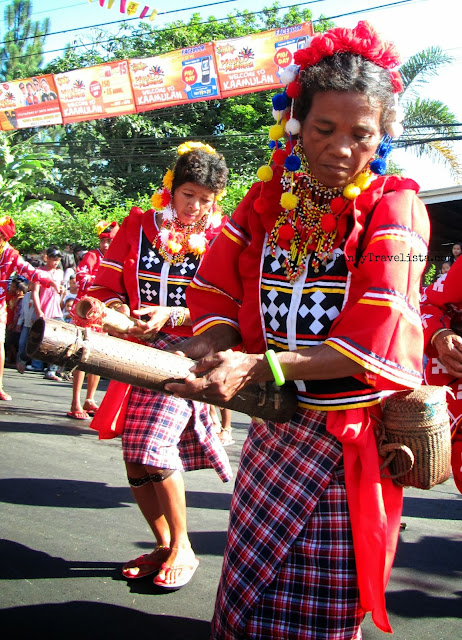 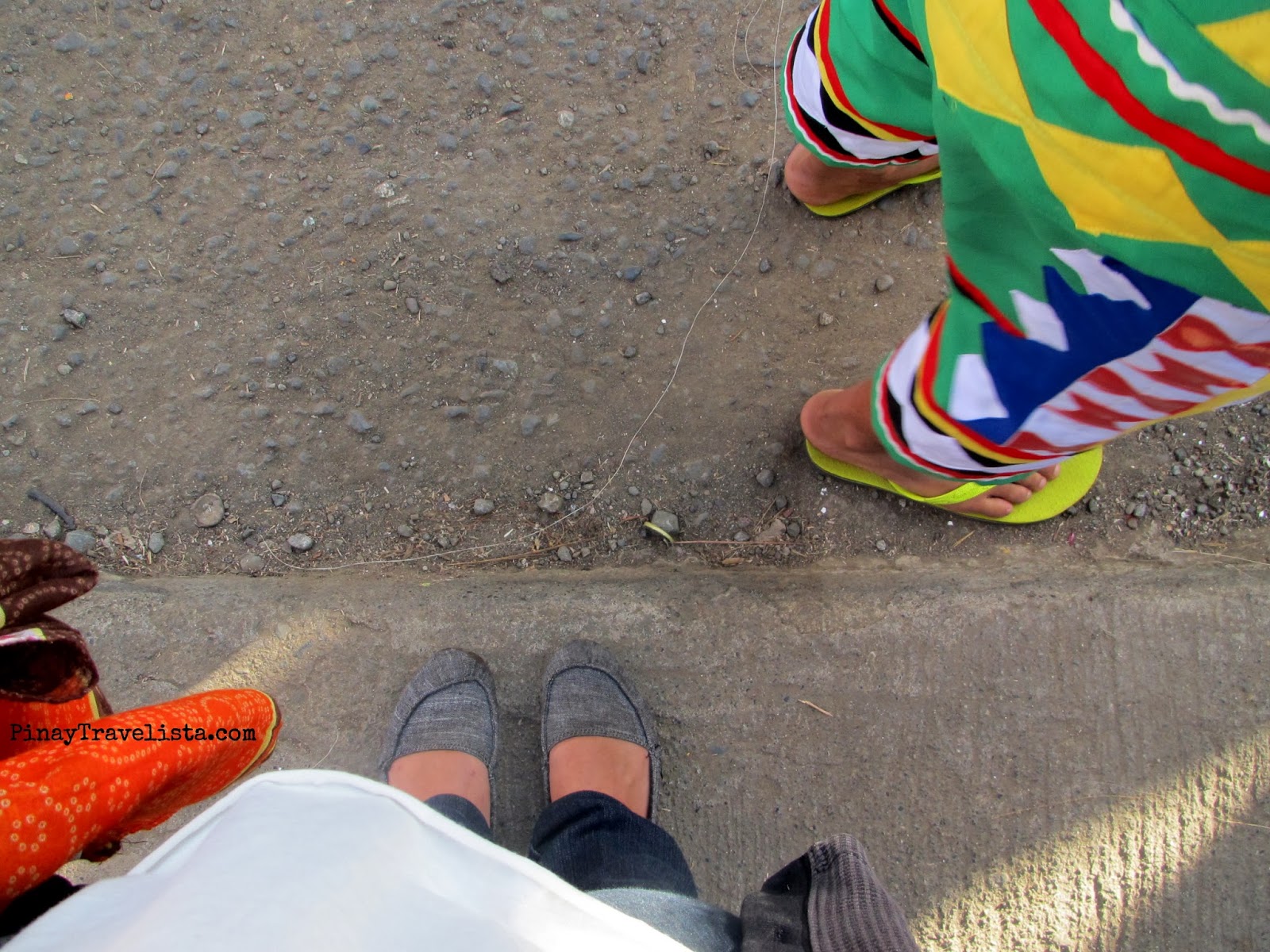 After a few hours of watching, and taking shots at the sidelines, we decided to walk to the Kaamulan Grounds where the showdown will take place. We had to walk through throngs of watchers, and follow the dancers under the heat of the sun. 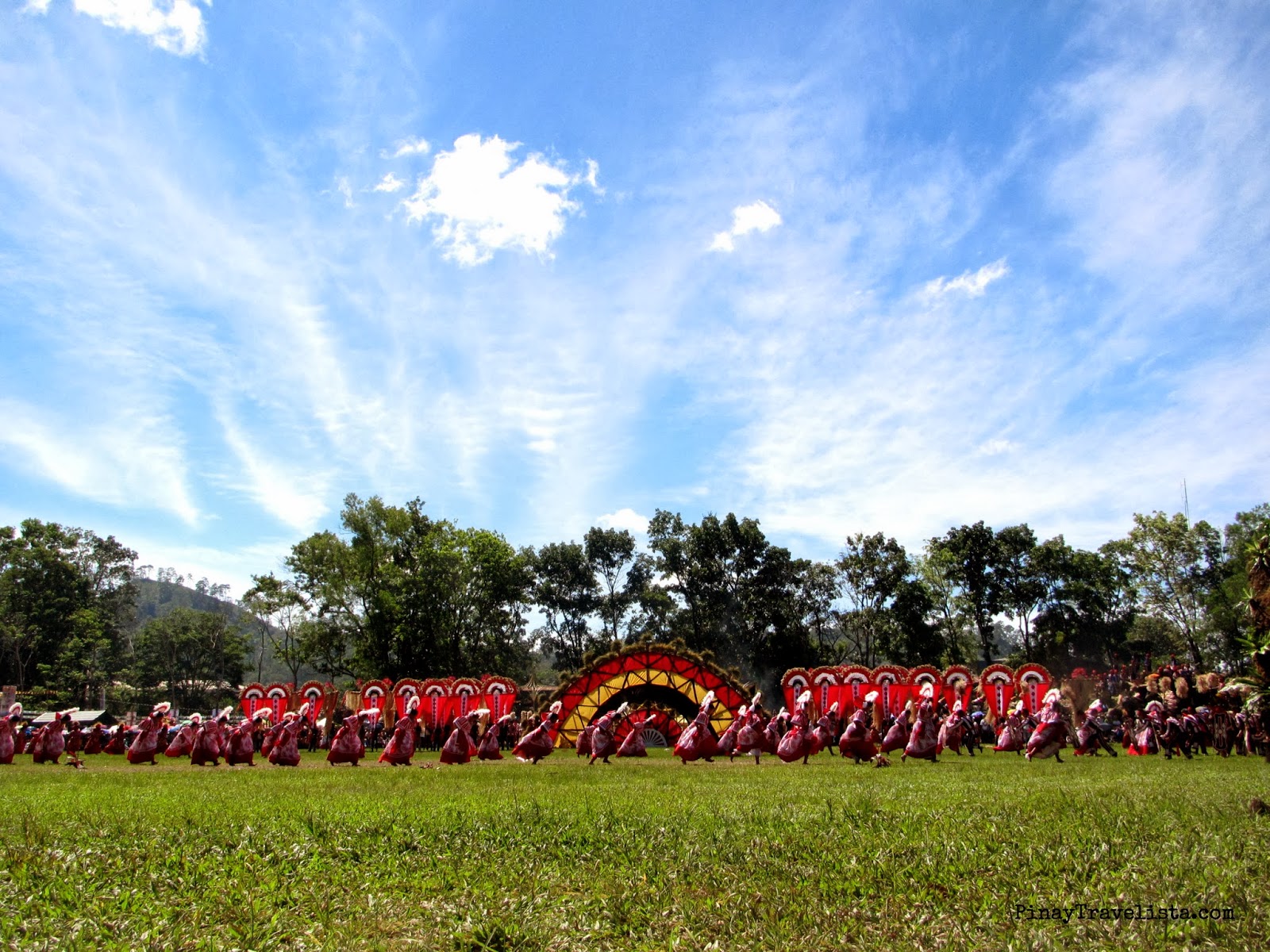 When we got to the Kaamulan Grounds, we were lucky enough to be be given spot to witness the tribes dance during the showdown like the sun was not high up during noon time. The colorful outfits were nice contrast to the ground’s grass-filled space, and the lined trees behind the performers, and the blue skies. Yes. It was a good day for merry making, and festivities. Definitely one of my favorite festivals in the country!