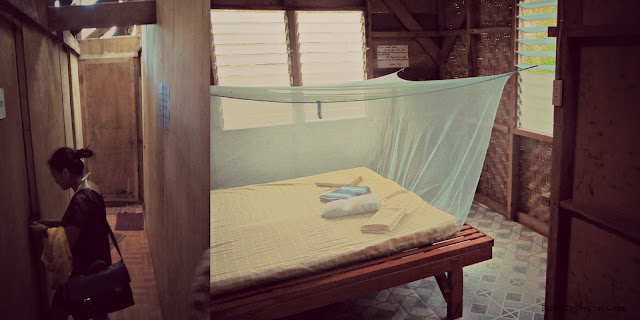 The guys were planning to pitch a tent somewhere in the island, and stay outdoors for the night. I was not sure about that since I haven’t read from other travel guides if it’s okay to do so. But the lady from the information office informed us that it is prohibited to set up camp anywhere in the island. She then pointed us H -H Rooms For Rent, the cheapest lodging house of the five accommodations found at the Apo Island. Lucky us.

H – H Rooms For Rent is a lodging house of plywood-thin-walled rooms on the second floor making it look like a tree house. It has 5 rooms, and charges 150PhP/Pax with rooms accommodating 2 -3 persons, and 2 shared bathroom for everyone in the house. We saved 100PhP off from the expected 250PhP budget we had for that night. Maybe because probably H – H Rooms for Rent is new, or what. 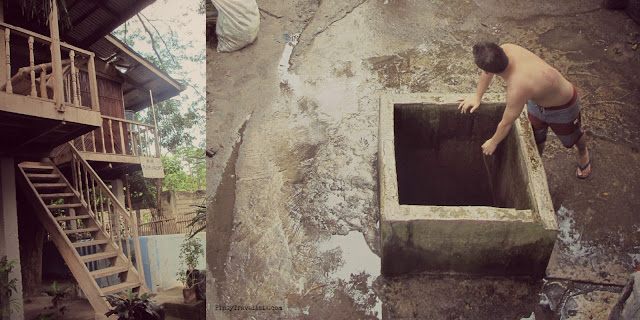 The guys insisted that the bathroom were just for toilet use, and we were to take our baths in an open space where a water well for the community water source stood agape. Okay, they were informed by the caretaker that water availability inside the bathrooms were limited, thus the reason why open area bath was instructed. Then again, we were only told of that because we were a group in large number, and there was a couple that was staying in the house at that time too. Ofcourse the guys bathe there, oblivious to my fast-but-not-so-good camera skills, while a few of us took privacy in the bathrooms. Yes, Peter was howling like a wolf at me. The alpha-male has spoken. So the reason why I was not excited to take a bath outside other than prying eyes, is fast camera shutters. 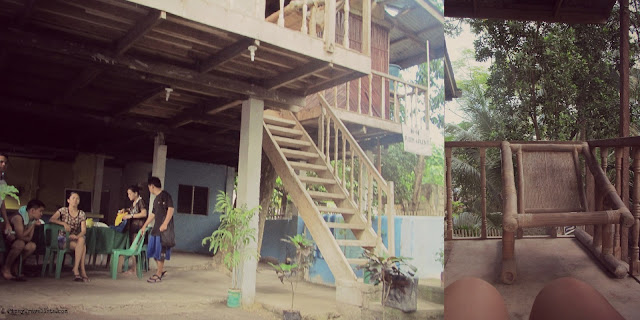 The ground floor is an open space for dining, and a small kitchen where the staff can prepare meals is so rustic, it reminded me of the grandparents house back in their province before they had it renovated. For an agreed price, meals were prepared by the caretakers, and fresh fish, produce, and condiments were bought from a fisherman, and the small sari-sari store a few steps down the street. Just make sure you inform the caretakers what time you like your meals to be served. 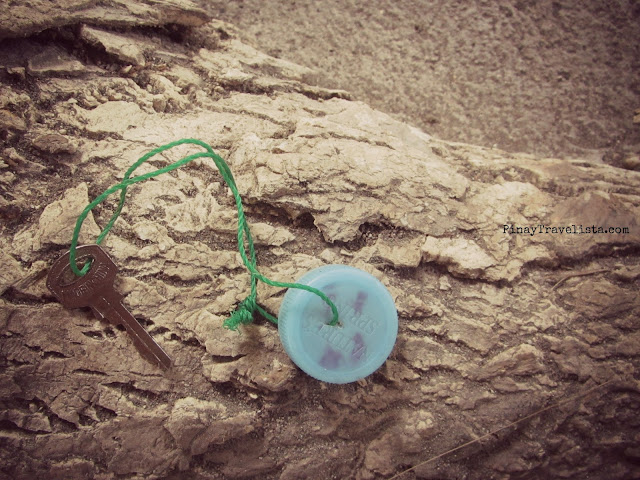