Iligan City’s food options has entirely ballooned with food establishments sprouting and making a name for themselves for serving delectable food choices for Iliganons, and tourists alike. Homegrown food choices are grown or developed in a local area, and without a doubt Iligan City has a handful of food, and food establishments worth mentioning. Who would have known that a city known for its waterfalls can bring so much more in the food scene and not just for its outdoors.

I frequent some of these food establishments often – too often than I should, and too unhealthy for both my body, and my pocket. BUT the food is worth every calories gained and money spent. I must admit that there should be more to this list but for now here is a local guide eating out and what to order from the best homegrown food establishments that every Iliganon must try! 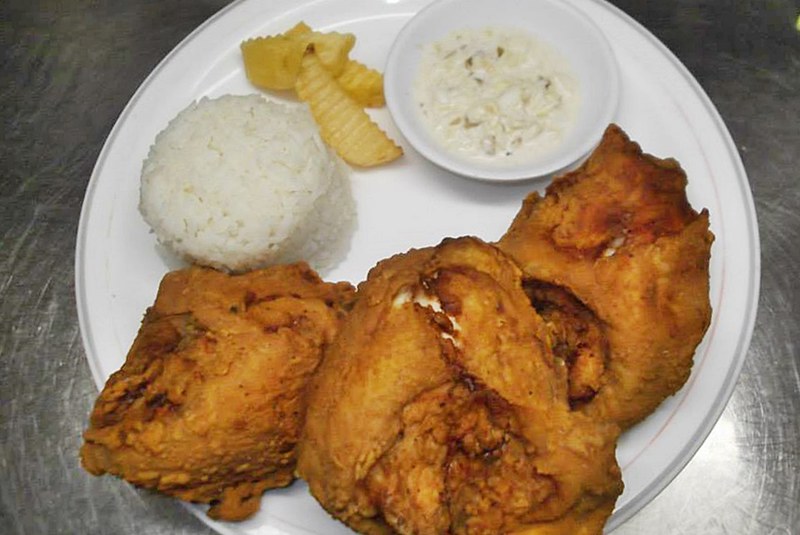 One of the popular chicken house food chain in the country originated in Iligan City. At the time when the food choices in Iligan City was bleak, Sunburst opened and became the go-to chicken house/restaurant for every Iliganon family to celebrate any occasion or just to celebrate good food over good company. Sunburst is the most successful homegrown restaurant that originated in Iligan City and is now known nationwide with its various branches all over the Philippines. Sad to say that the first Sunburst store in the country (found in Iligan) has closed for good. But ask any Iliganon based elsewhere, dining at any Sunburst chicken house anywhere in the Philippines still brings back memories of early years. 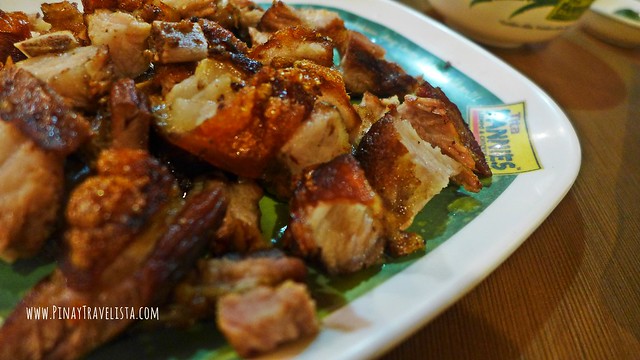 The chicken and liempo house best known for their liempo or roasted pork belly is also one of the best places to find Filipino dishes. They already have several branches around Mindanao bringing the much delighted taste of Tita Fannie’s Liempo, and the locals favorite Halo-Halo sa Buko outside Iligan. 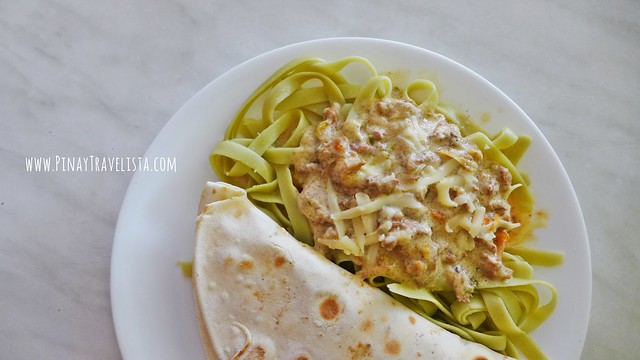 Pop Rock Cafe is started out as a bakery selling freshly baked breads and Filipino light snacks. They eventually opened a cafe and developed locals favorite Chicken Fettucine and Piadina. More than a decade of existence, it has become Iliganons comfort food bringing back memories of their early years. Despite the changes of time and challenges of economy, your favorites at Pop Rock Cafe have not changed the quality of the the food they serve one bit. 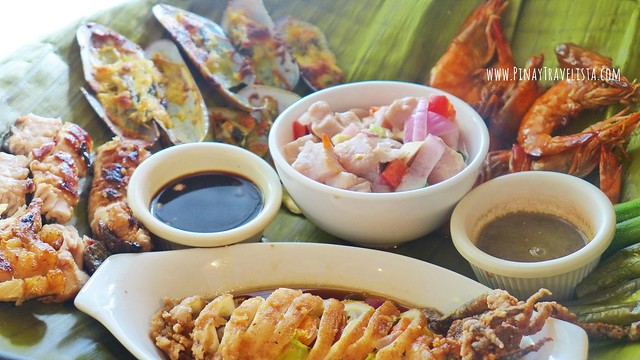 Jacko’s Kan-Anan came about from humble beginnings. They found footing from their catering services and eventually gained popularity serving their dining guests with their seafood specialties. Jacko’s Kan-anan is one Filipino-style restaurant that covers your home-cooked cravings for anything seafood.  They are known for their Crispy Squid, Tuna Belly, Crispy Buntot, and Paksiw na Buntot. 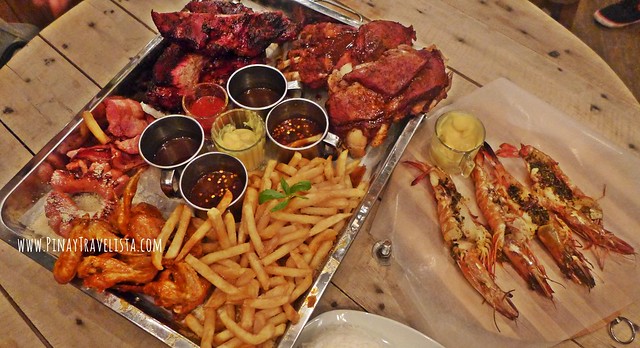 Calorific serving sizes of smoked meat, wishyouwerehere gets you covered. Their unapologetic serving sizes can serve a hungry army, and their savory smoked meat will make you wish your stomach can accommodate more food than it could. This rustic food house sits atop a hill overlooking Iligan City and ideal for evening dine out. 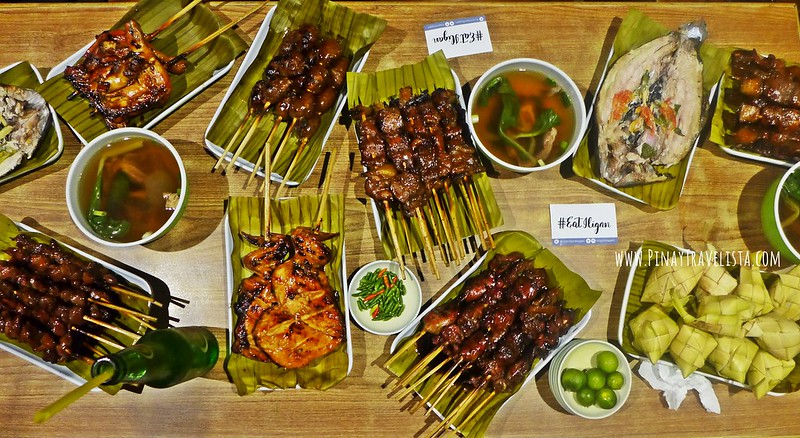 Iliganons are best known to spend hours and hours over cold beers, and grilled food, and B.Bu.Q. started out with that in mind. B.Bu.Q. originally stands for Beer Bugnaw BarbeQue but it has develop into the family-friendly barbeque house, and people easily made up what most people think it stands for – “Bibo” for the fun that they had while having a good time dining at B.Bu.Q. They are best known for their tender barbeques in large serving size, and the must-try is the home-made Chorizo that could better packed for pasalubongs if one could. And if you prefer fish meat over pork or beef, they also serve well-seasoned, and flavored Bangus. 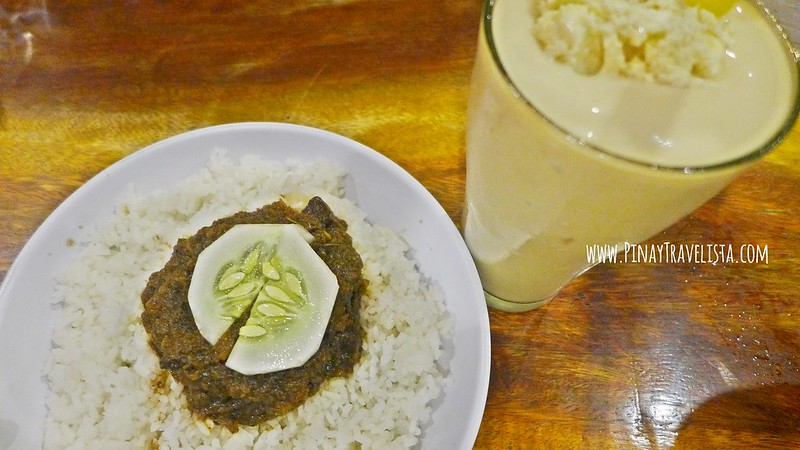 There is no denying that Iliganon’s Durian Shake is the best there is. Creamy and flavorful, you would think that its all made of Durian fruit. Even if you’re not a big fan of Durian, you’ll find yourself a convert after tasting the shake from here. If you prefer dining, Iliganon is also known for the Randang which is a spicy meat dish. It is available in beef, and chicken. I would recommend the Beef Randang to go along with your Durian Shake. It’s already a heavy meal to take on but the pair is just inseparable.

Iligan City is best known for it’s lechon. If you do not know that already, you should head to Iligan City because every lechon shop will give you the best lechon you may have tasted in your life. But everyone has a favorite, and I for one lean towards the Edi’s Spicy Lechon. It gives you the tasty and flavourful Iligan lechon taste as well as the well-blended spiciness. It is the original spicy lechon in the city and by far the only spicy lechon that delivers the raw, and organic tastes of the siling labuyo from lechon skin to its meat. Edi’s also accept catering services along with lechon order. And if you’re really craving for their lechon but based elsewhere, you might want to call them up – they deliver lechon within northern Mindanao, and as far as Cebu and Manila. 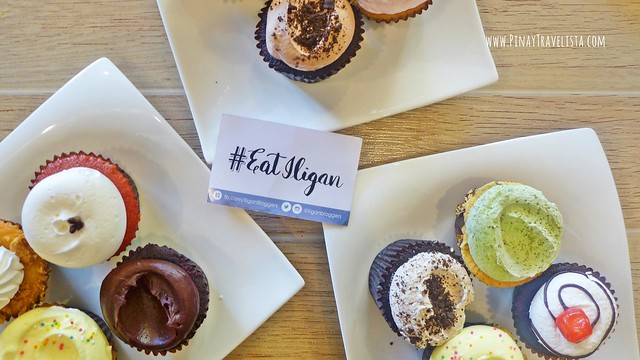 Tedt’s is the lovechild a family of artists and food geniuses. Best known for their customized cakes, and Instagram-worthy cupcakes, Tedt’s Cafe & Bakery has grown a long way from when it has started. They now offer sandwiches, meal breads, and (just recently) homemade ice cream crafted with only but gastronomic satisfaction at the end of mind. Besides their cupcake, Chicken Pesto Pasta is the locals favorite from their line of pasta dishes. I am more inclined to sandwiches, and Adobo Pesto Sandwich & Mango Django is my favorite combination to try. I would also recommend their Red Curry Chicken should you prefer a meal over heavy snacking. Ofcourse, desserts is a must – surprisingly I’m a fan of their Strawberry Creamcheese ice cream! 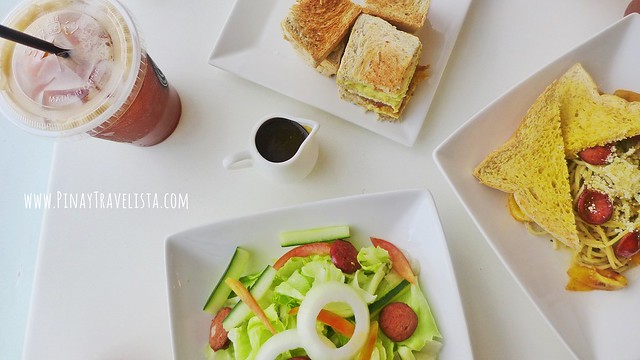 One of the oldest coffeeshop in Iligan City, Aruma Cafe has not changed, food-wise, one bit. The cafe’s minimalist interiors gives the limelight to the food they serve. Over the years, the quality of food has not changed moreso their service. It is still one of the favorite meeting places for both business and leisure over freshly brewed coffee and good food. 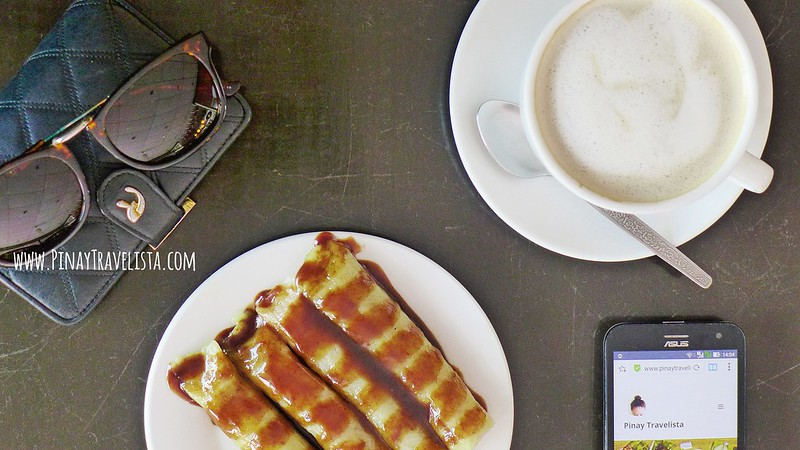 There are only a few coffeeshops in Iligan City, and one of my fave spots to hangout at is Brews Almighty. I love their Durian Cappucino that goes along with their tasty Suman. You don’t always find a good Suman, but if you’re craving for one, you got to try Brews Almighty’s. The place can get full-packed mid to late afternoon, but should you drop by during the evenings, you’ll still find that they’re well stocked up of this favorite Filipino snack. 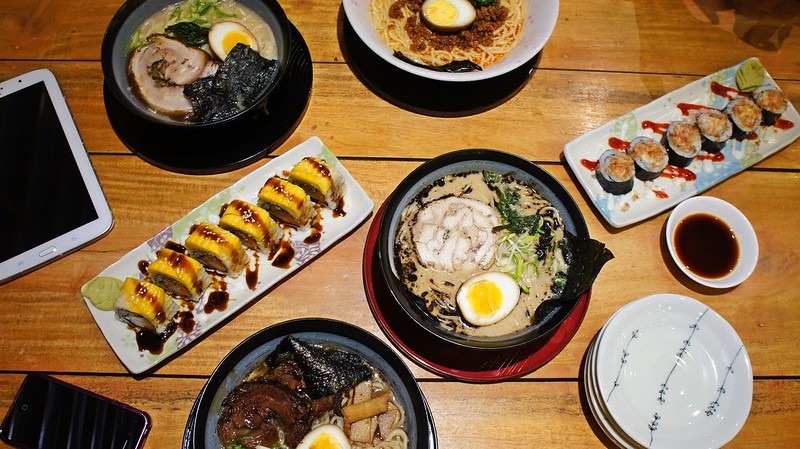 The first local Japanese Restaurant in the city, it is also the only authentic Japanese food house there is. Own and run by an Iliganon married to a Japanese, both of which are food lovers, Ramen Yah is the result of constant food development until one dish is at the top of its game before it is served to their customers. Japanese food is not for everyone. It is an acquired taste, and there is more to Japanase food that gulping it down. There is art they say. Should you crave for palatable Japanese food, I would have to recommend Ramen Yah. You’ll get more value for the money you spent. 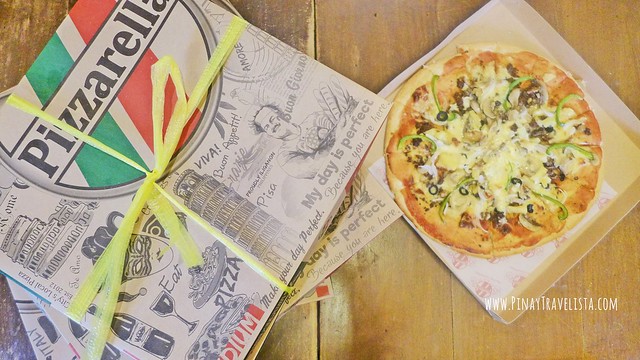 A local homegrown pizzaria has cemented itself as the to-go pizza house in Iligan. This pizza house is best known for the Mad Cow Pizza, a spicy and meaty pizza variety. You will also find that they have different varieties of pizza to cater anyone’s taste preference. You must dine/order early though, crowds can get pretty thick during peak hours and it might awhile to get your pizzas on your table  BUT waiting is all worth it.

The long-standing burger house in Iligan, Flamoo has established a good following of burger loving clients. Besides their different take on burgers and sliders, their potato wedges or fries takes a spotlight every Tuesday as it is served in unlimited servings as per burger order. 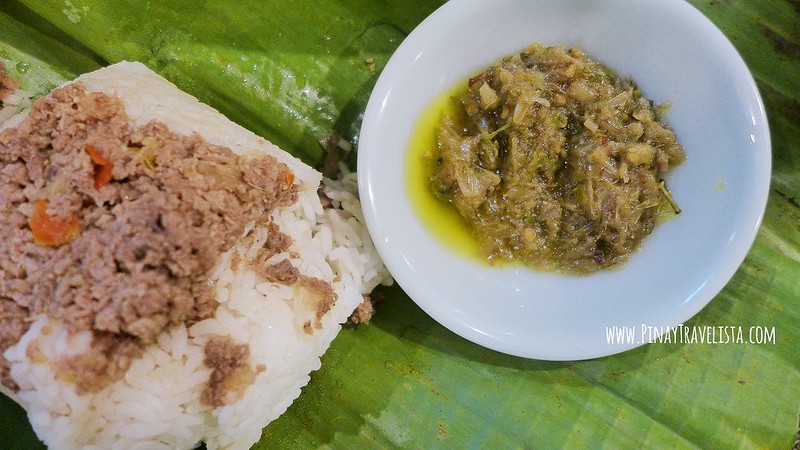 Al Pater Kuwait is known for their Pater, a rice meal topped with shredded braised beef, chicken or tuna. It is popular among students for the affordable meal wrapped in banana leaf. It is closely similar to the Tagalog “binalot” and is considered as the budget combo meal not only for Muslim brothers in Mindanao but also for Christians. People who likes to eat spicy food go here for their spicy-fix with it best eaten with Palapa. You can also purchase a bottle of Palapa at their shop for home, or even for pasalubong.

If there’s one thing Iliganons are known for, it is having the passion for food. I do know that there’s more good food and places to eat out there. Comment down below of any good place or food you would recommend for me or people to try out.

#EatIligan, a food appreciation tour by Iligan Bloggers Society is a 2-day event seeks to highlight in various social media platforms Iligan City’s food establishments as well as its local delicacies. The activity is open to interested food establishment & bloggers who are up for a weekend of foodie adventures.