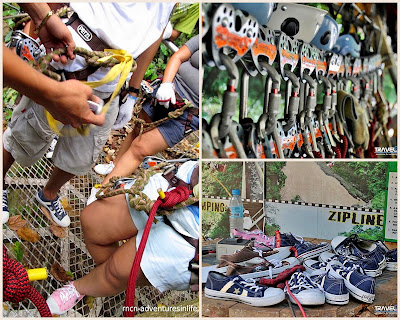 Let me start off by saying, I am not afraid of heights, I just don’t like looking down the ground when I am high up there. LOL! I was adamant on taking the zip at NPC Nature’s Park having done so before. I, regretfully, left my shoes at home as I packed, unpacked,and then repacked my stuff after thinking what to bring (a routine I’ll, one day, share to you). 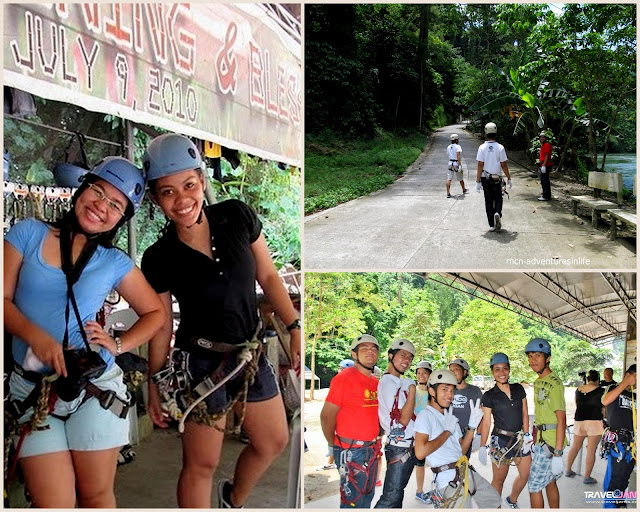 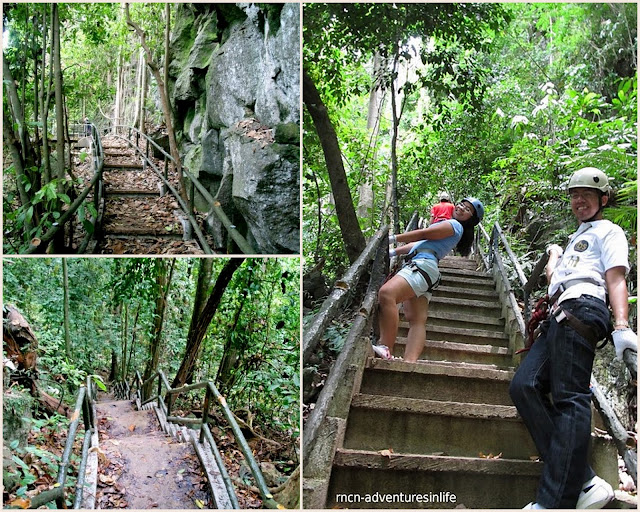 You see, NPC Nature’s Park Zipline has strict rules about the proper footwear — close fitting shoes, and I was wearing open shoes then.. So, after everyone has decided to take a zip — I went along with them. We signed on a waiver, rented gloves and close fitting shoes they have available. After everyone was prep up for the zip, we then took a short walk to the bottom of the trail that leads to the first station of the zipline.
The walk up the trail is steep but the concrete stairs with metal railings makes it easier to climb up. Pace yourself when you get to this part, since it is steep and that it might take few breaths out of you. This area is covered by trees and shrubs at both sides, you can tell that you’re ascending at a side of a hill slope. 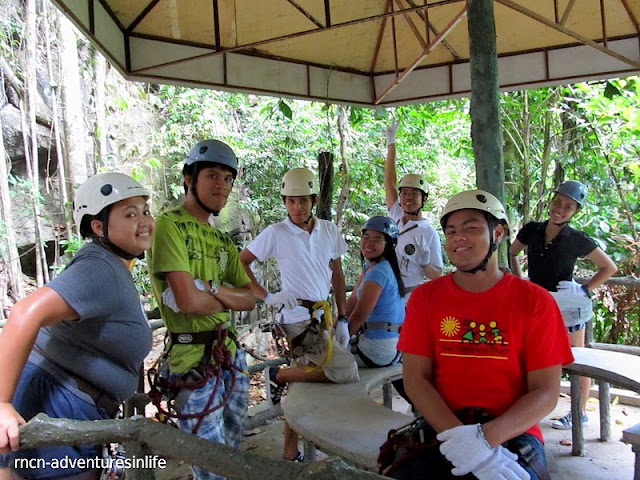 You will then hit a stop-over rest point. The climb up the stairs is 5-8minutes short but it will leave you panting if you’re not used to it. The guide will the ask you to remain standing 2-3mins. before sitting down for another 2-3mins at this rest point. The guide was stern, aptly saying, “Para dli ka makuyapan” (So that you won’t faint). The rest point has tables and sitting, it could hold a large company of adventure seekers if you’re planning to come in large groups. 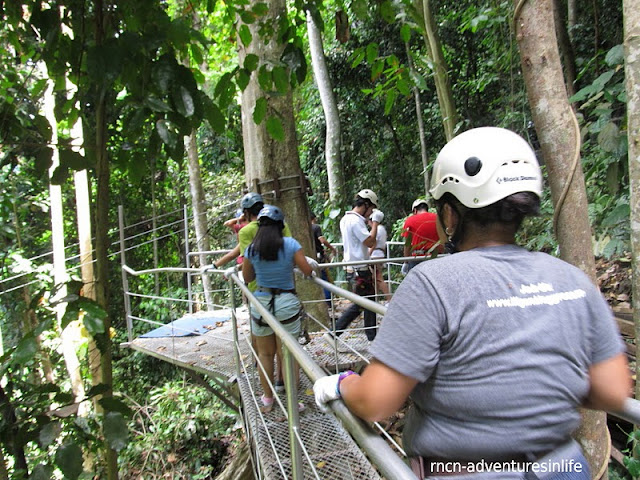 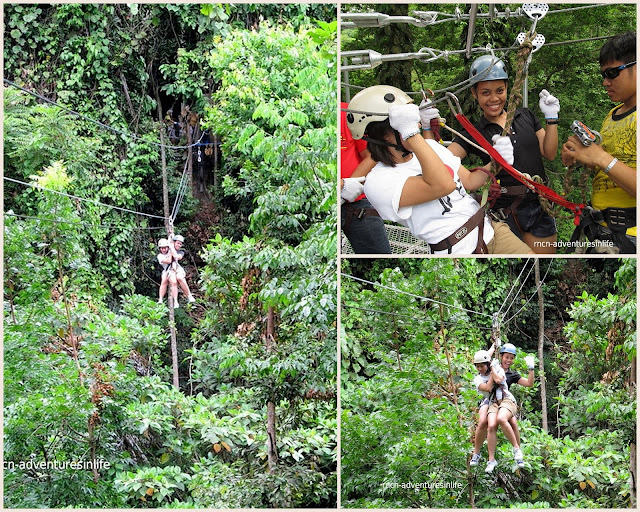 After a few minutes rest, we set of ~2mins. walk to the first station. The zip station landings securely sits on large and very old trees. The guides would hook our harnesses on the beams or safety wires on the trees for safety purposes. If you’ve visited the first time the ziplines opened, you might want to go back for another visit. Their landing standing stations are already made in metal and you can actually see what is below your foot.
The first cable line was a 2 person zip. I came in third to take it, with me is another visitor from Zamboanga and is studying at MSU-IIT, who wanted to try out the NPC Nature’s Park Zipline. 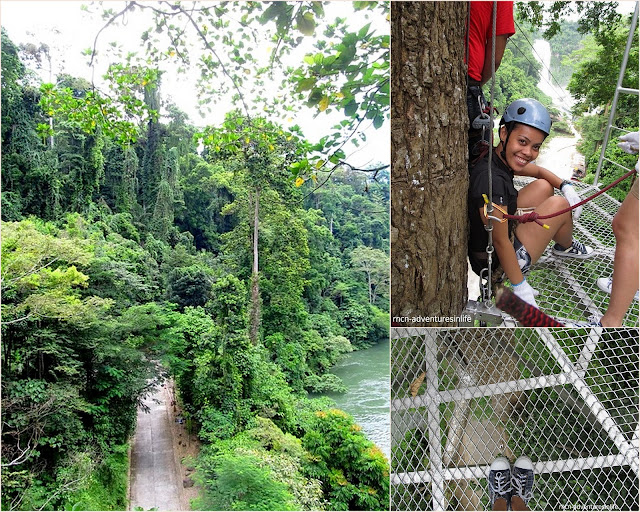 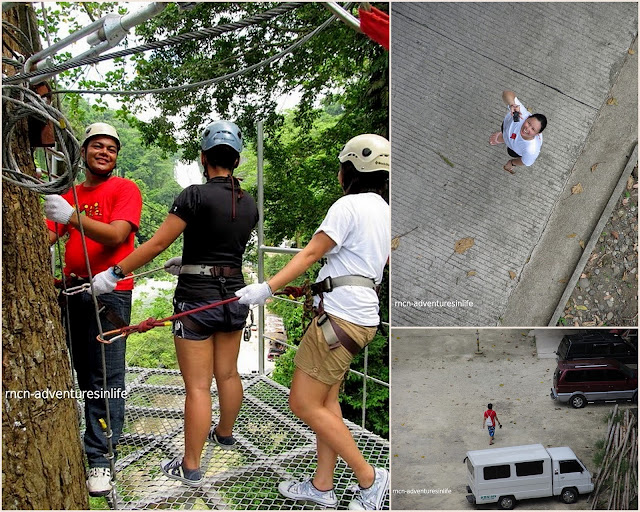 The second landing station was on top of the tree. Kinda gives you a glimpse of Tarzan’s life on the tree tops — minus the harnesses ofcourse. Since the landing is made of mesh metal, you can actually see the ground through it.
The tree would sway when a gush of wind blows at it. Looking down below you would see miniature vehicles and people on the ground. The view of the waterfall at this standpoint is amazing. 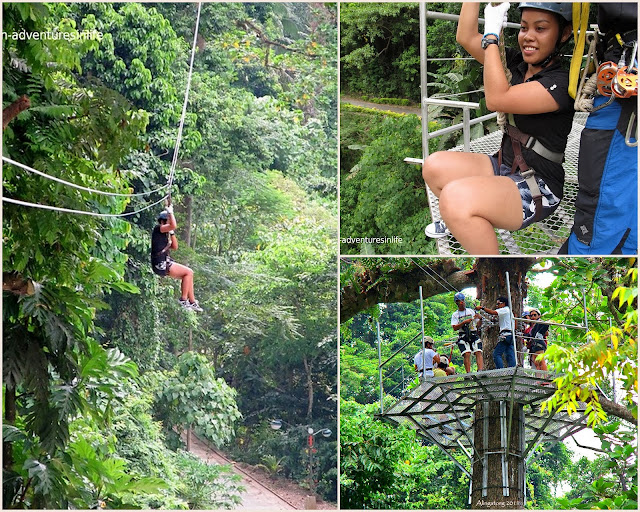 The second cable line, you get to zip on it alone. I couldn’t help but look down at people walking around. When nearing the landing, lift or flex your legs up to avoid hitting them on a the landing pad. You should also lean back a little, to avoid hitting your face on your arms or the harness when you’re brought to a halt. 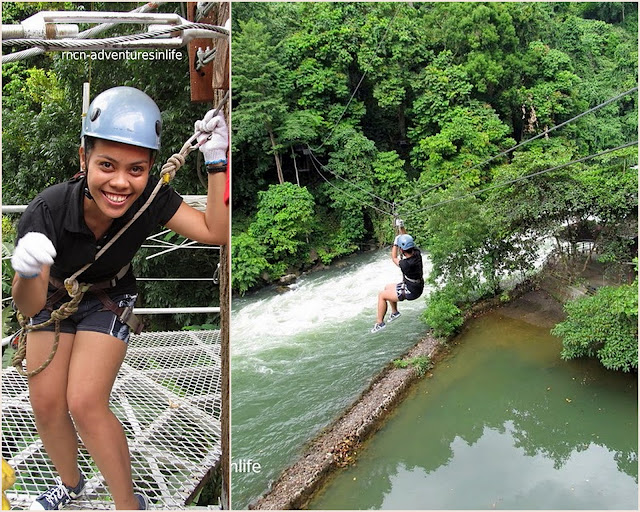 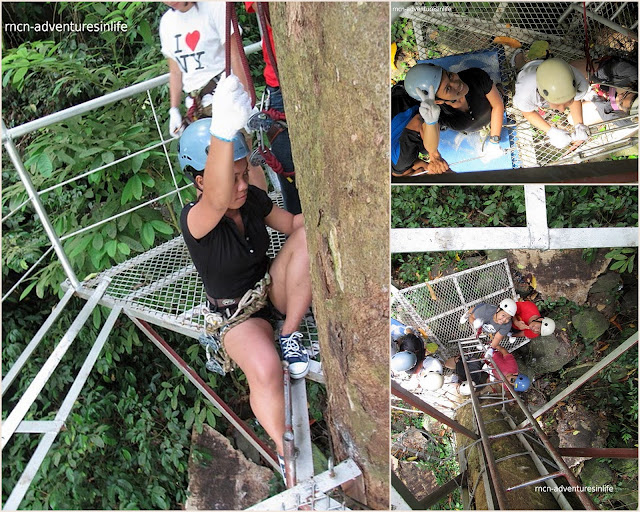 By the time you to the third landing and cable line, you get the hang of it already. On this line, you get to cross the stream to the other side of the bank passing by the rapids.
When you get to fourth station, you have to climb down at the lower level of the station to get ready for the fourth and last zip. On this station, I was asked to jump off by myself, I on the other hand had doubts about that. I wasn’t brave enough to jump on the zip line. So I ask if it’s okay to take a small jump — more like a little bunny hop off the station. LOL! 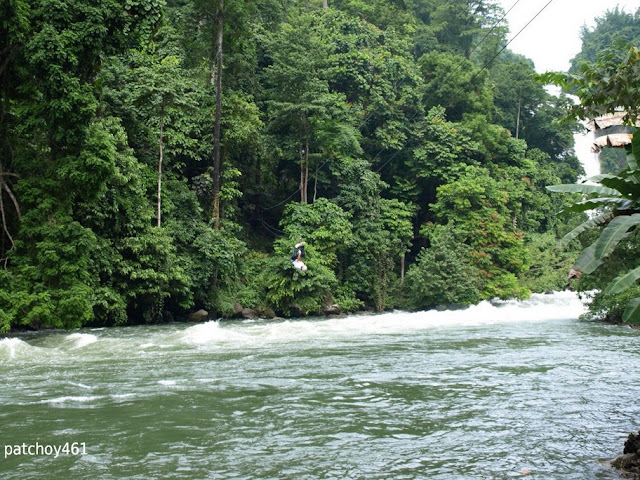 On the last cable line, Richard had a way with it. Crossing the stream back to the main bank, he executed maneuvers — talk about flexibility and dare-devilness. 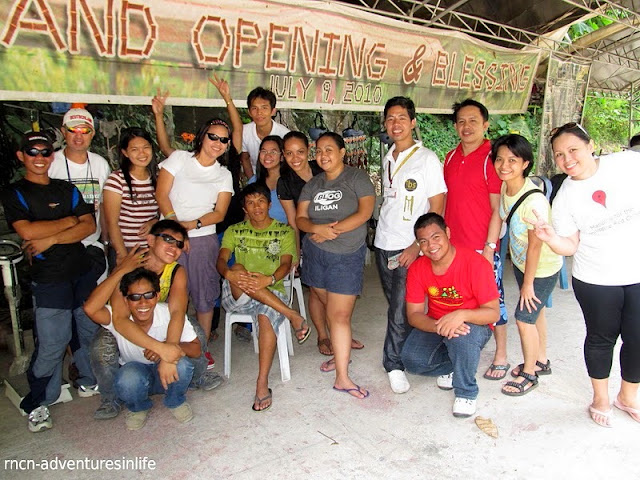 Thank you NPC Nature’s Park Zipline crew for accommodating us. We had fun zipping on the lines. We hope to see more of adventure sport facilities in the future. And yes, you might see us back there.

How to get there: