What if you had a free day, and a willing date to tour you around, where would you go? Weirdly, I chose a walking tour, and it was what I got. A heavy breakfast was prepared while Justin, and the rest of the family listed places I may want to check out. He wanted to just drive up to somewhere else but my flight, and his required flight hours left us only a day to tour around. We had a good dose of walking in between hunting a parking spaces in the most iconic tourist destinations in Metro Manila – Intamuros, and Luneta Park.

Intramuros and Luneta Park Walking Tour in a Day 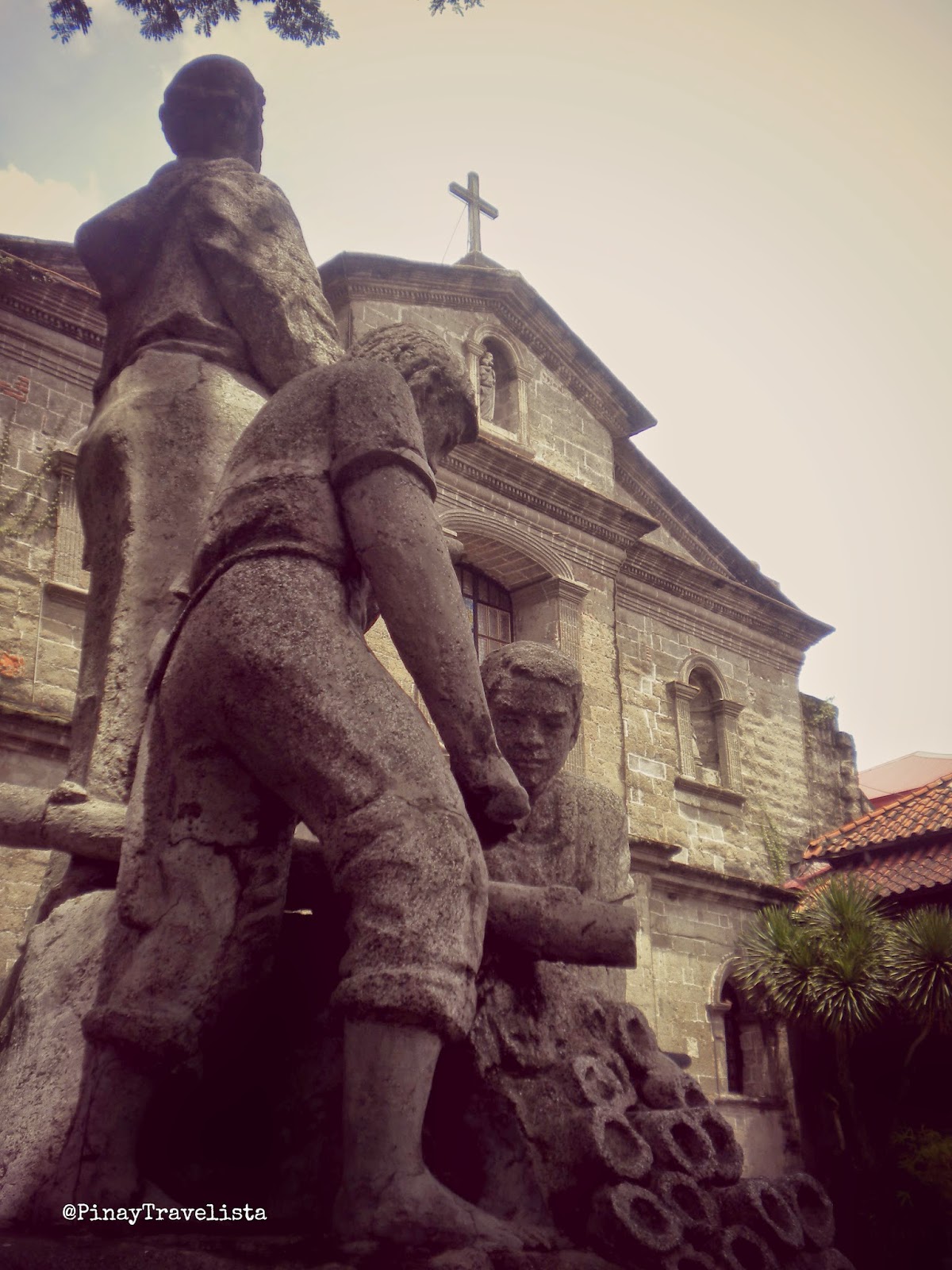 We started our day visiting ST. JOSEPH PARISH CHURCH. Okay this is probably the only one on the list that is not located in Manila but we had to stop by before heading to Intramuros. Located 10 kms. from the center of Manila, the St. Joseph Parish Church houses the Bamboo Organ in it’s old walls, and structure. It has a museum, and a souvenir shop that you might like to check out. It took us a bit longer than we intended to stay, it turned out Justin was an eager museum rat as well. 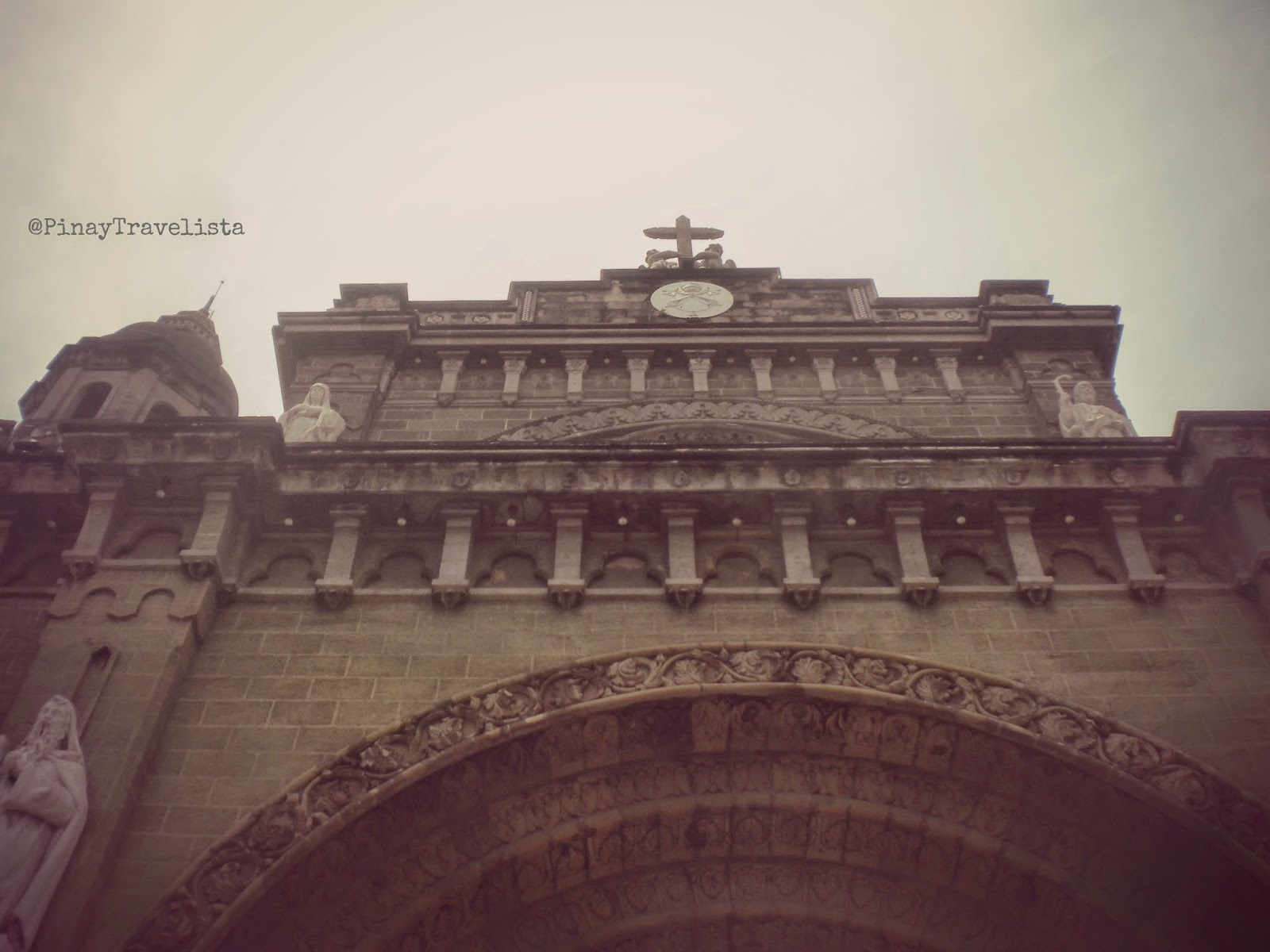 Our first visit at Intramuros was the MANILA CATHEDRAL. Formally known as the Manila Metropolitan Cathedral-Basilica serves as the seat of the archbishop of the Roman Catholic Archdiocese of Manila. Located at Plaza de Roma in the Intramuros the cathedral was originally a parish church owned and governed by the diocese of Mexico in 1571, until it became a separate diocese on 1579. There was a renovation going on at the time of our visit so we did not get to stay there long. We just took enough time to check out the facade before heading down the cobbled streets of Intramuros. 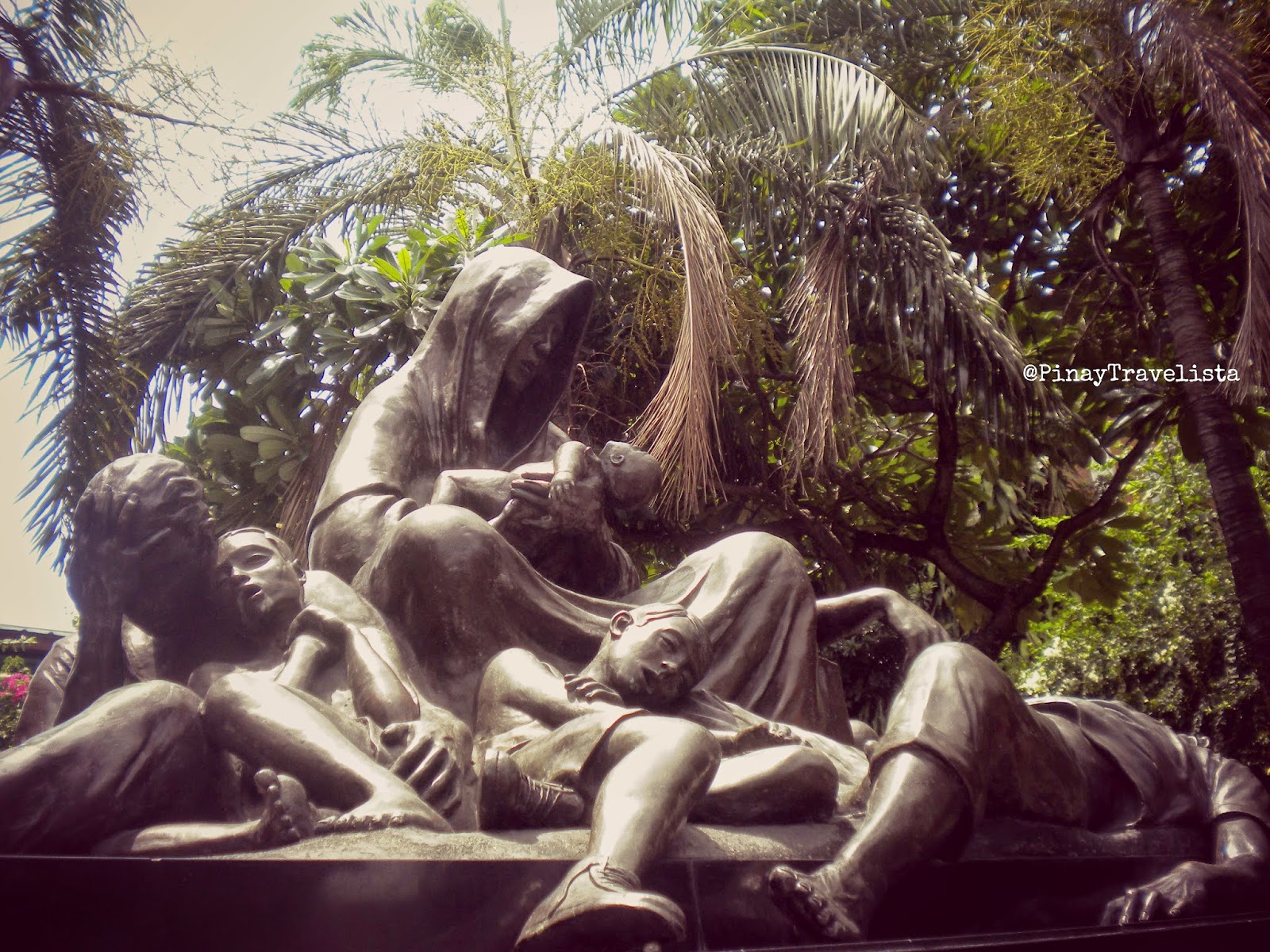 One that caught my attention along our walk was the MEMORARE MANILA MONUMENT. The Shrine of Freedom was erected in dedication and memory to the war victims of the Battle of Manila. It is located at the Plaza de Santa Isabel, also known as the Plaza Sinampalukan, located at the corner of General Luna and Anda Streets in Intramuros, Manila.
“This memorial is dedicated to all those innocent victims of war, many of whom went nameless and unknown to a common grave, or even never knew a grave at all, their bodies having been consumed by fire or crushed to dust beneath the rubble of ruins. Let this monument be the gravestone for each and every one of the over 100,000 men, women, children and infants killed in Manila during its battle of liberation, February 3 – March 3, 1945. We have not forgotten them, nor shall we ever forget. May they rest in peace as part now of the sacred ground of this city: the Manila of our affections.” 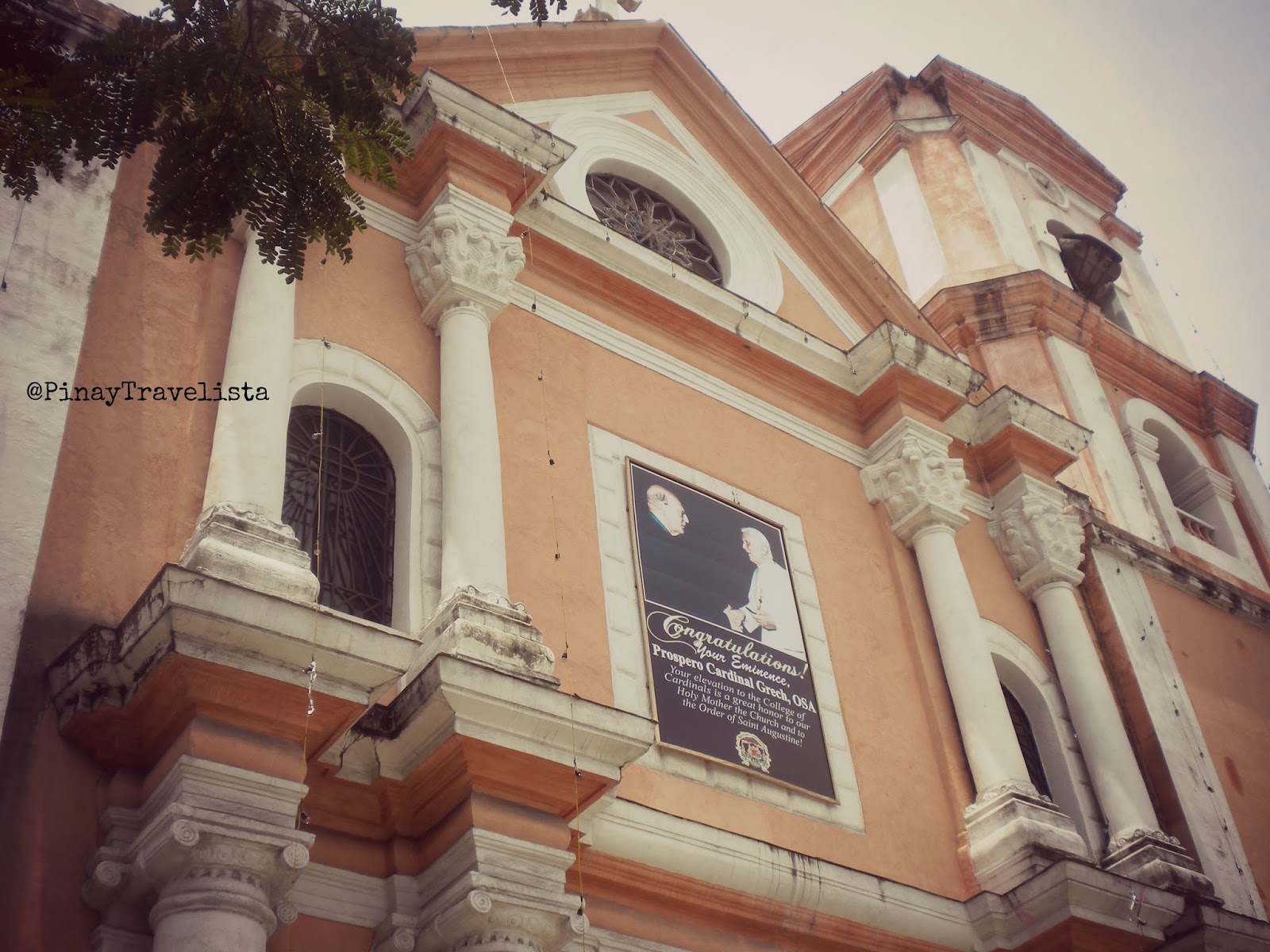 SAN AGUSTIN CHURCH. San Agustin Church originally known as “Inglesia de San Pablo”. It is the oldest stone church in the Philippines built in 1589. And declared by UNESCO as World Heritage Site in 1993. 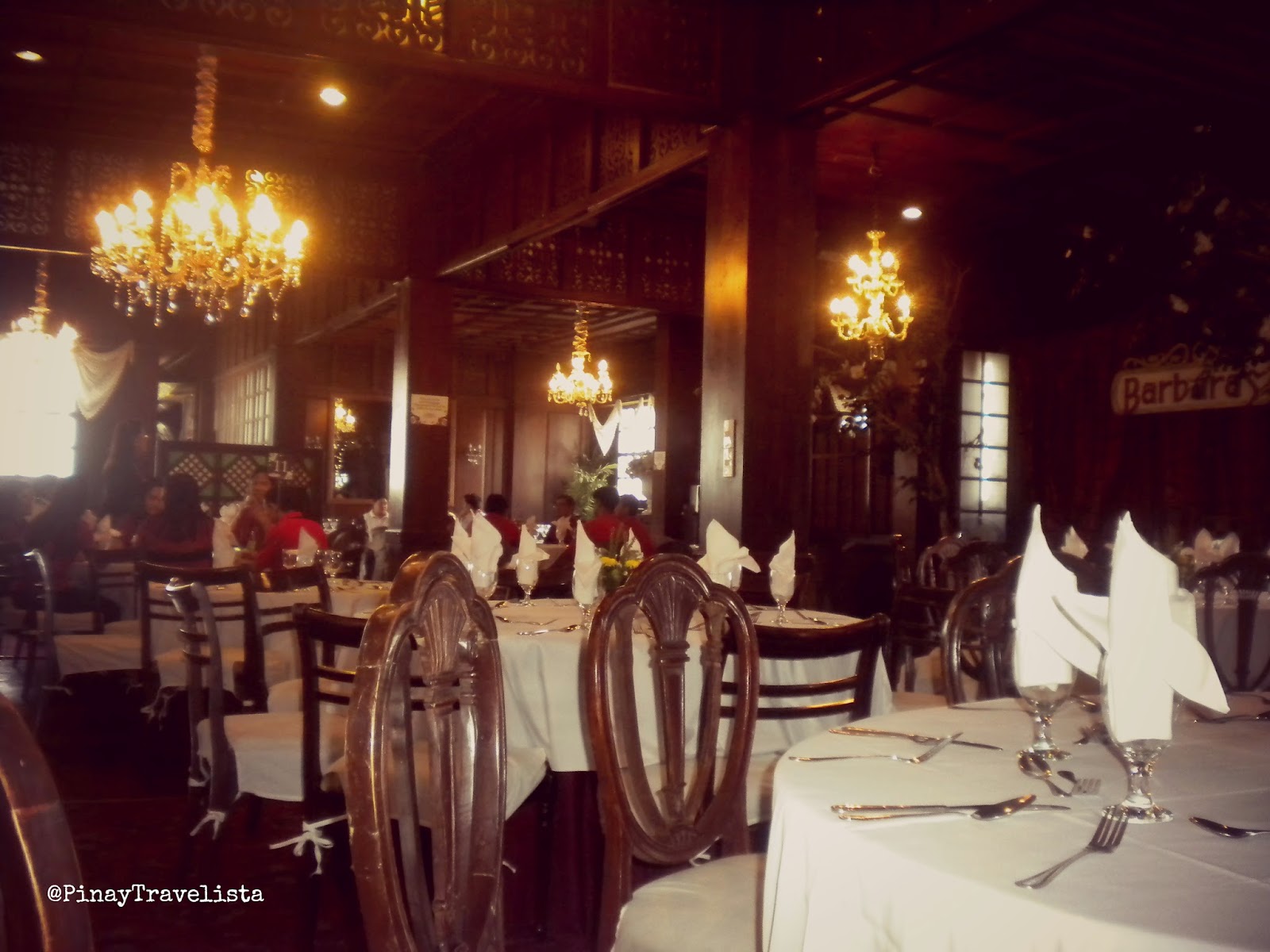 We went to BARBARA’S for lunch because his mom says it’s where I’m supposed to be taken. And in the heat of noon, the tiredness of our feet, and the quiet growls of our stomachs found welcomed in the warmly lit room, dark wood, and white linen covered table tops. Ofcourse there was live entertainment to go with food, and the sound of conversation added to the ambiance’s charm. 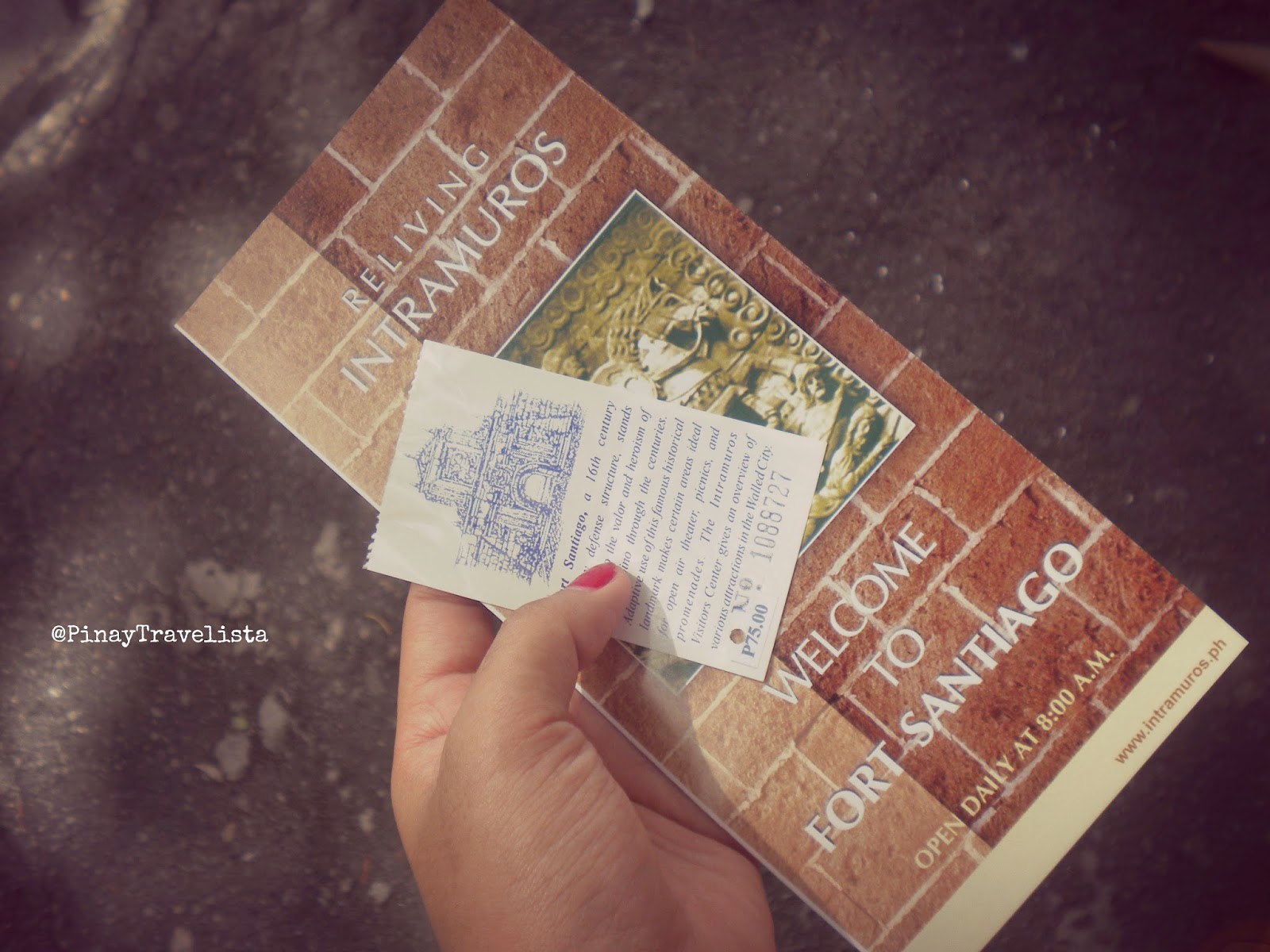 We waited until the sun was not as harsh as we walked, and explored INTRAMUROS. When I was asked on how I wanted to spend my day, I opted a walking tour, and even slightly brushed off the offer for a company. I knew Intramuros is too much for just one day to fit, if I must enjoy it in an unhurried time. So we rested a bit before continuing on a Fort Santiago Tour in the afternoon. 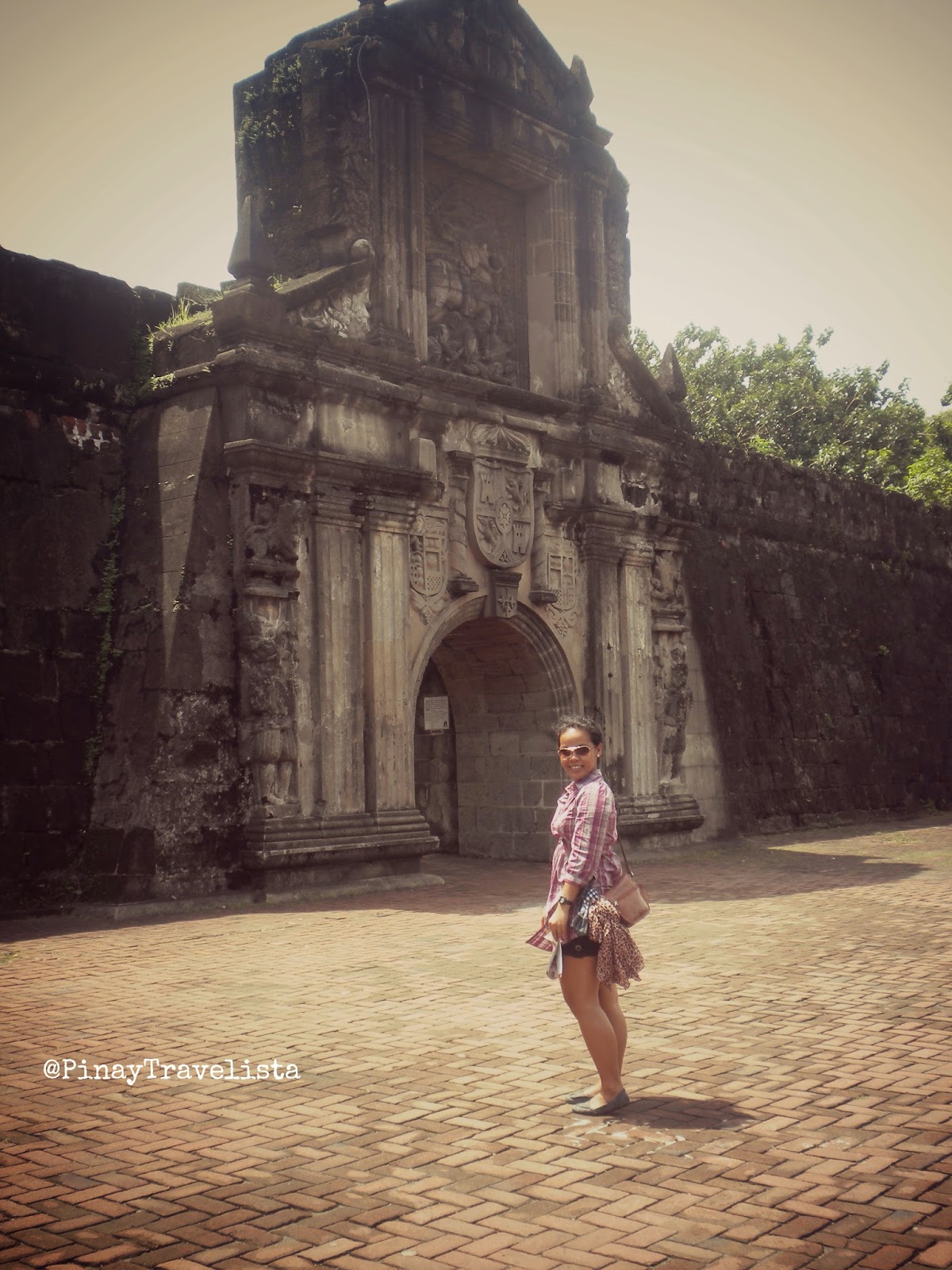 FORT SANTIAGO. This iconic, and dominating structure was first built is a citadel first built by Miguel Lopez Legaspi for the established  city of Manila. It is the one of the most important historical sites with many people losing their lives during the Spanish Colonization of the Philippines, and the site where the country’s national hero was imprisoned. 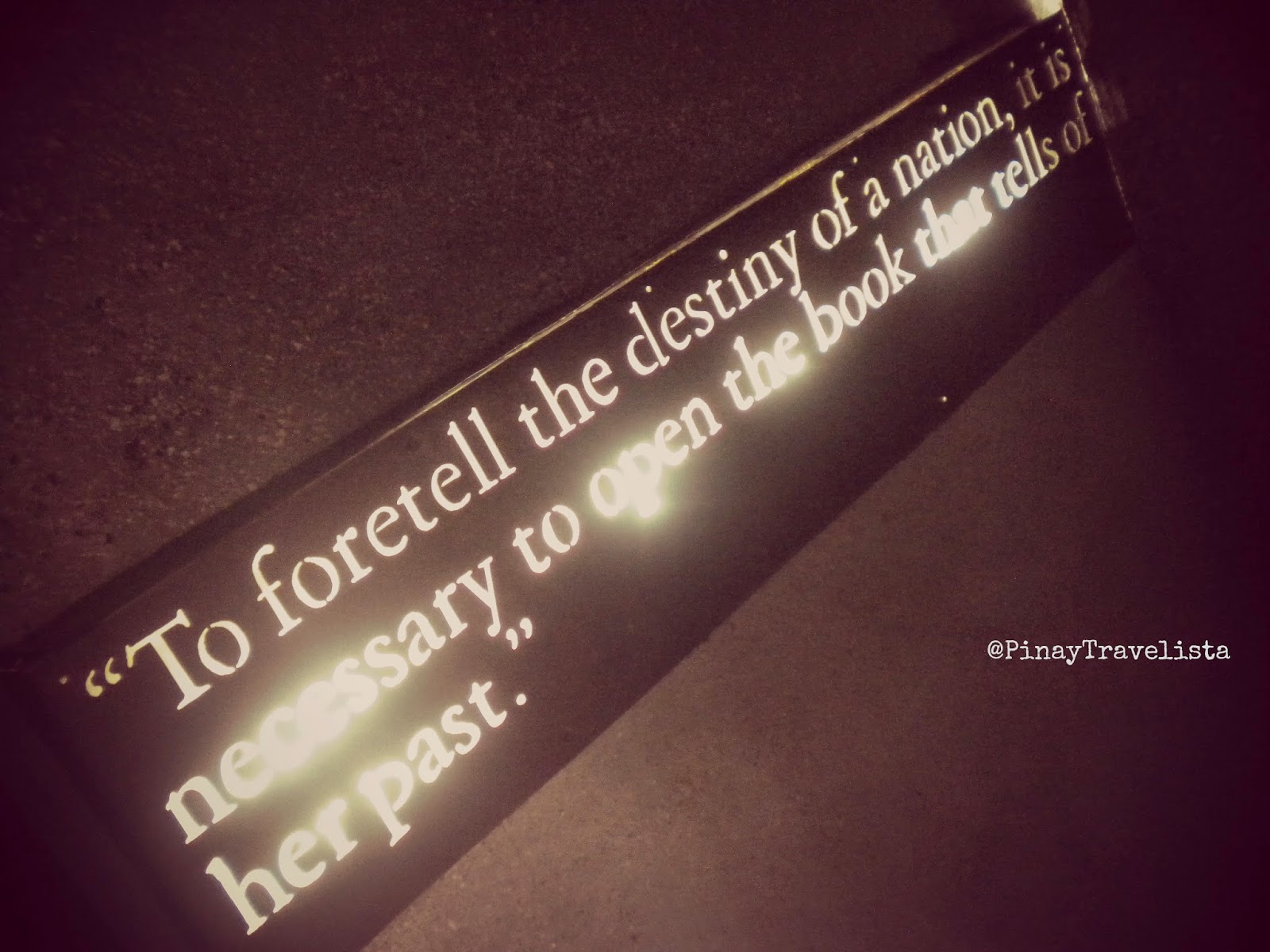 The PRISON CELL OF JOSE RIZAL gave an eerie feel. I could already tell that my cousin was a bit tired going around, and following me from one room to the next, and we still had a long day ahead. 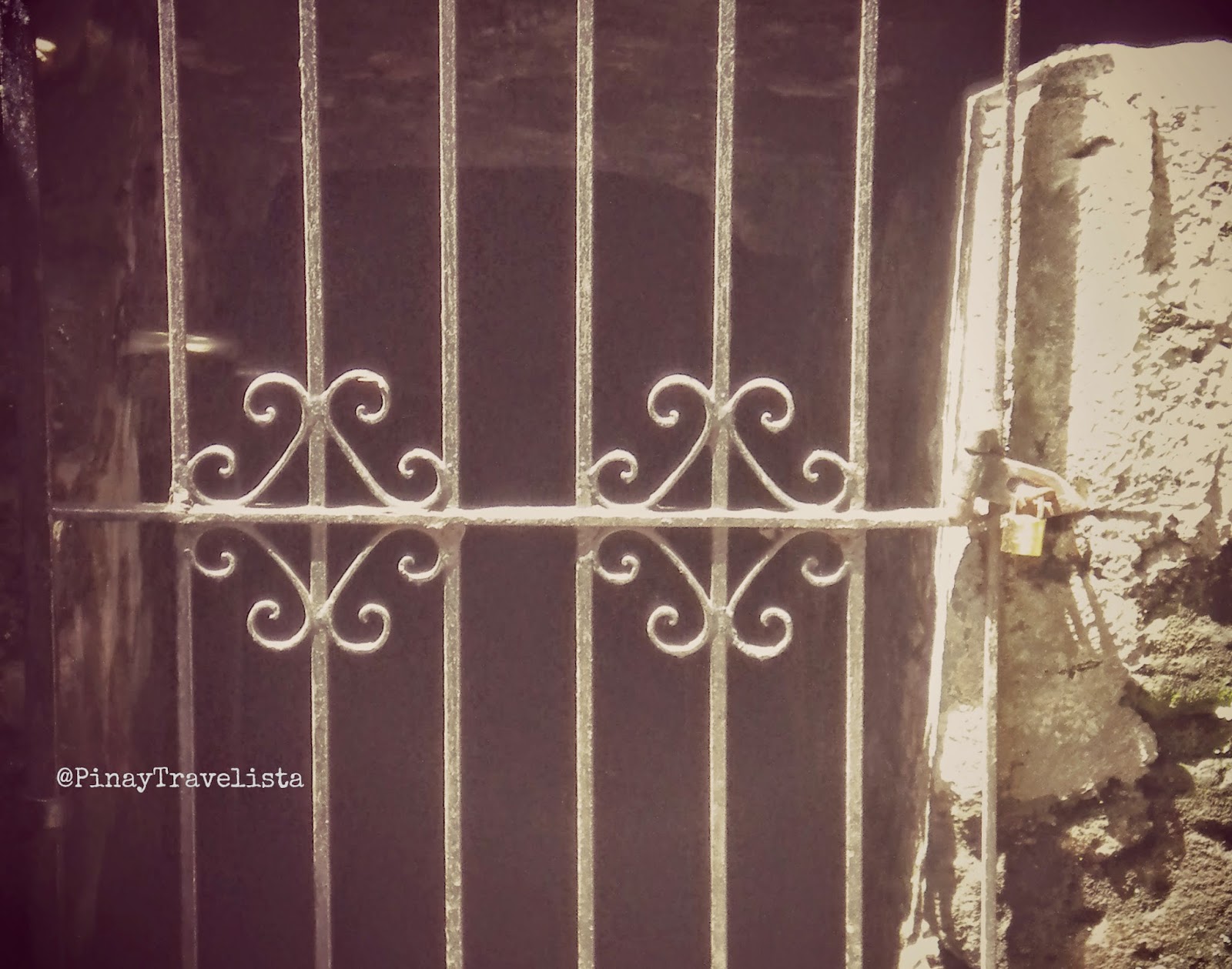 We then headed out to the BALUARTE DE SANTA BARBARA that protects the entrance to the Pasig River. And in the corner we found ourselves  peeking through tunnel gates, and darkness looking back at you. A cross, as well as a marker stands In Memory of the Victims at Fort Santiago, and neither Justin, and I stood there too long. On our way out we followed the last steps of Jose Rizal before we head out to our last destination.

Luneta Park when not busy

The guarded bronze-granite RIZAL MONUMENT at LUNETA PARK is not merely a statue but it is also where his remains is located. It is one of the most famous sculptural landmarks in the Philippines.

When in Luneta Park also check out RIZAL’S EXECUTION SITE. It is obscured Rizal’s Monument. At the time of the visit, some part of the park, this specifically, was under renovation, as well as the musical dancing fountain. 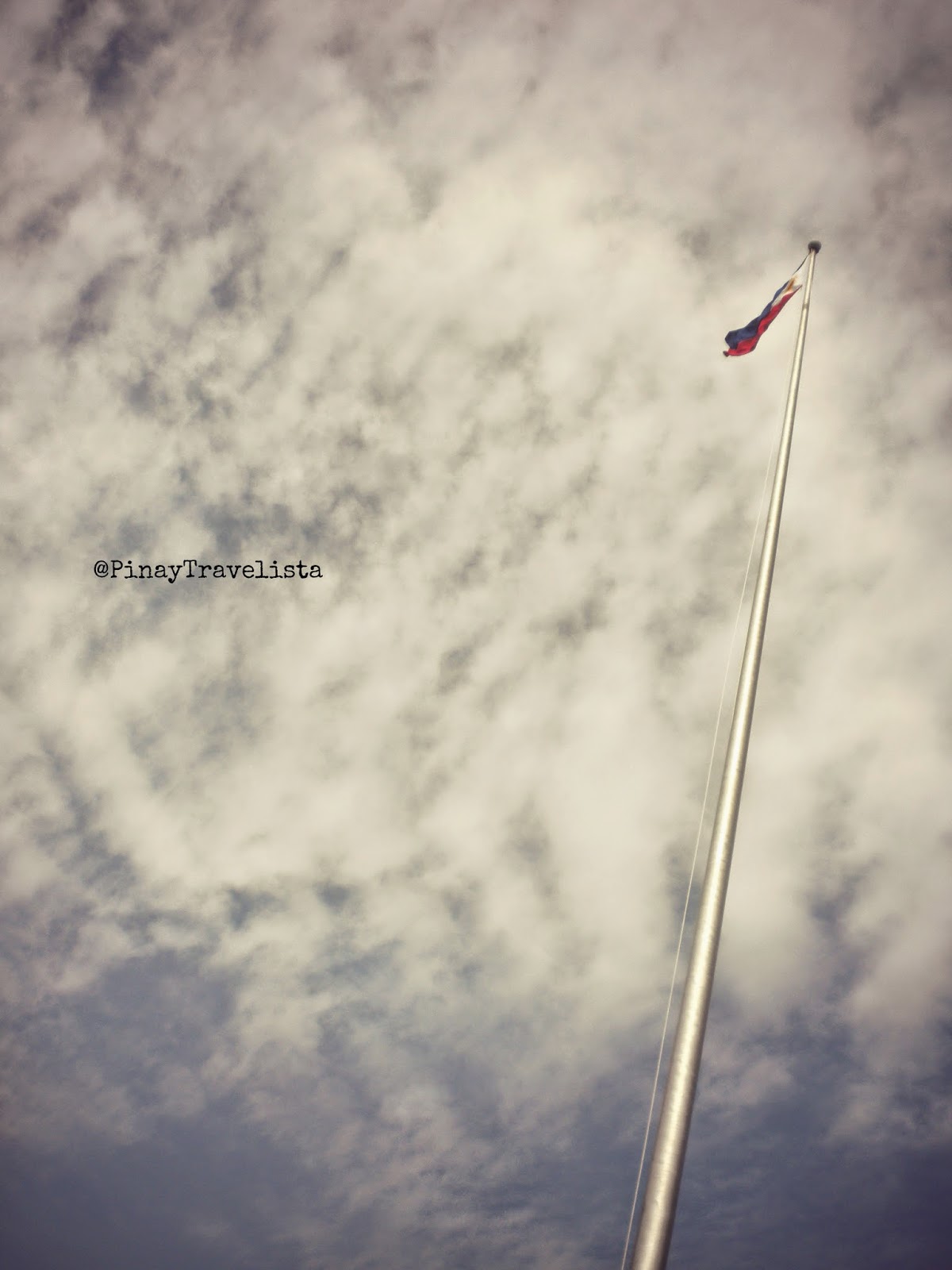 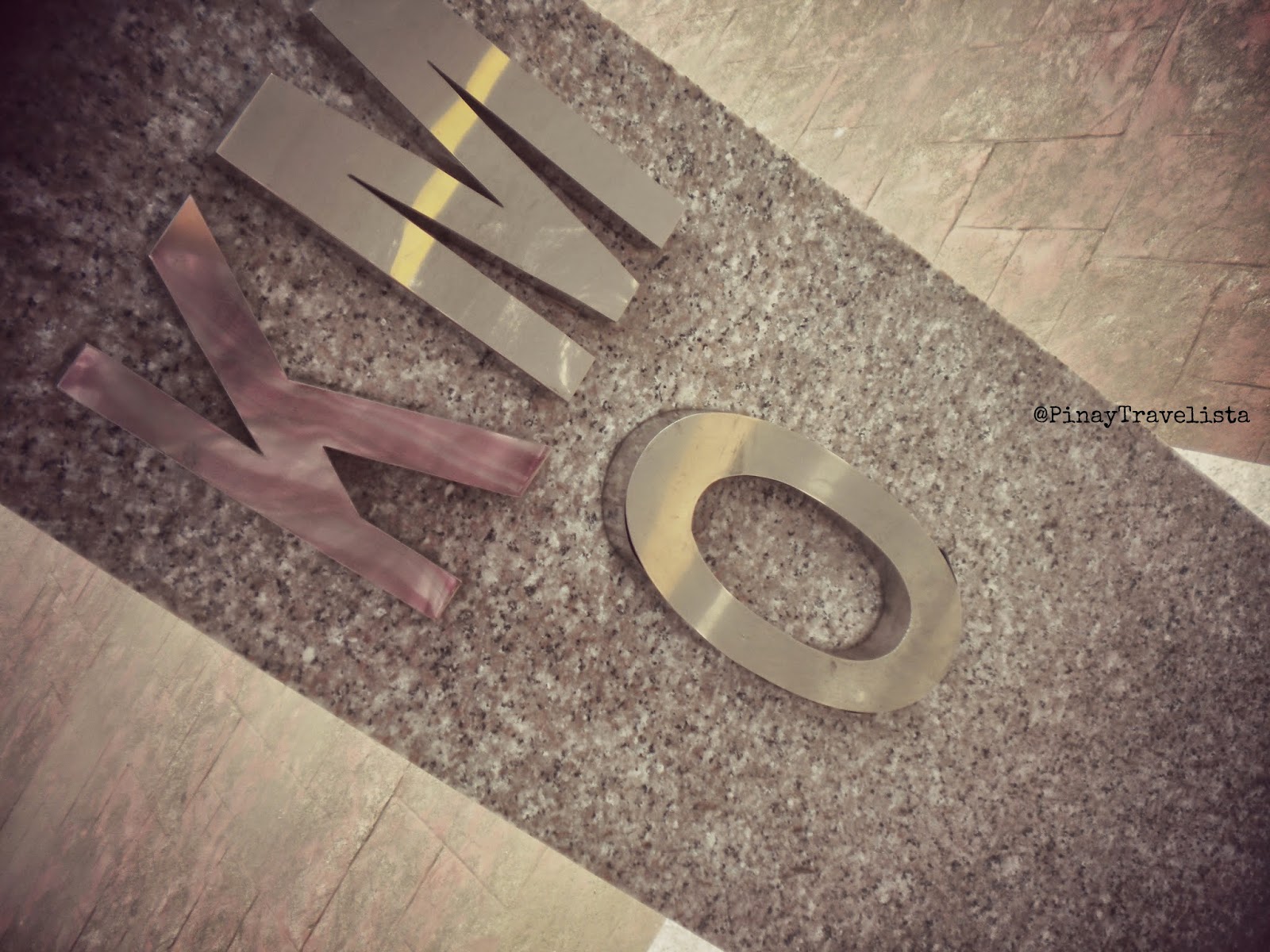 The INDEPENDENCE FLAGPOLE that stands 150 feet, and is the highest flagpole in the country. Though I had to ask a friend the exact location of KILOMETER ZERO which is also located within the park – just in front of Rizal Monument. It serves as the point from which road distances from Manila is measured. You will also find the Burnham Green, and further another block towards the coastal area is the Manila Ocean Park. 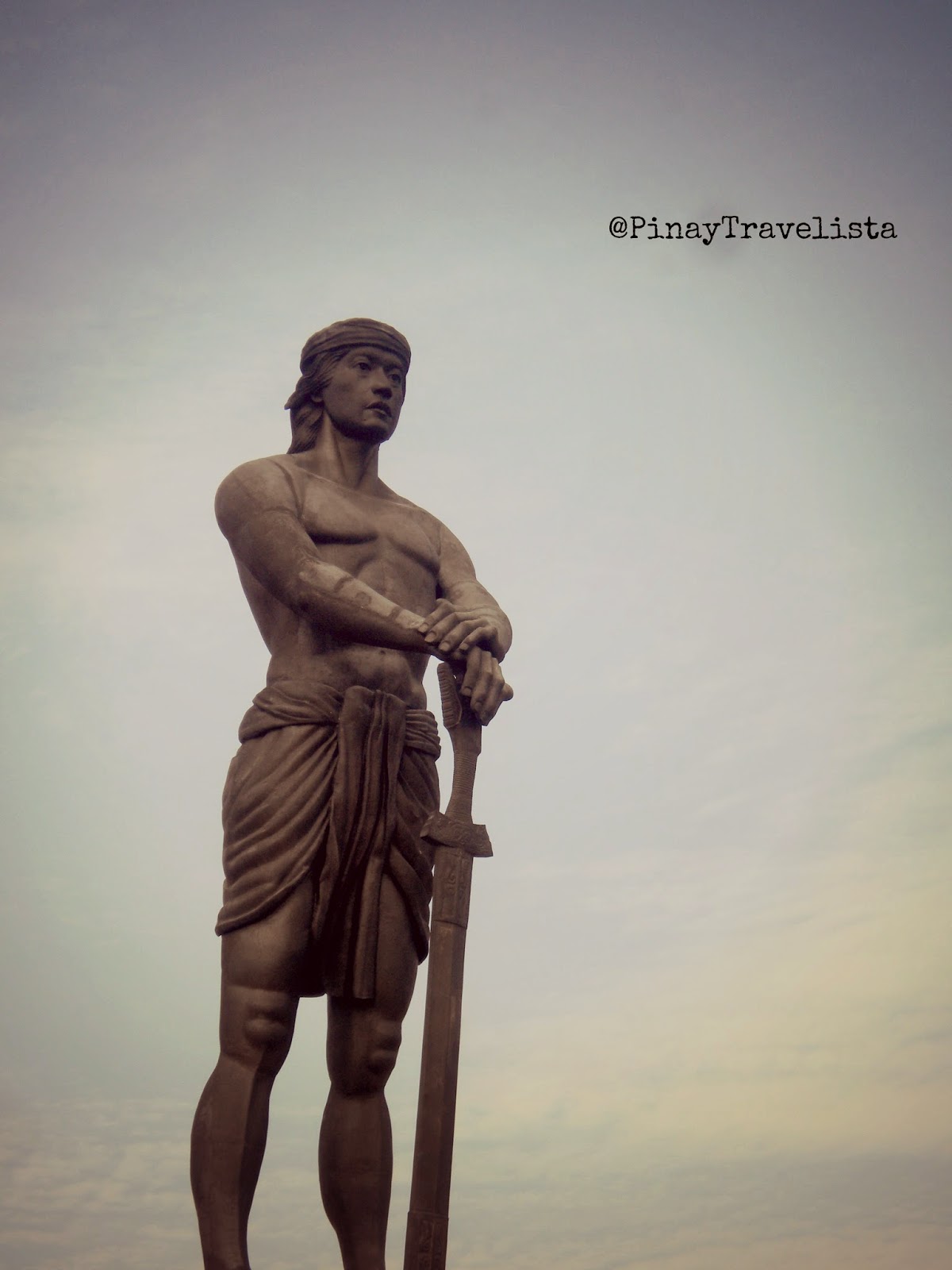 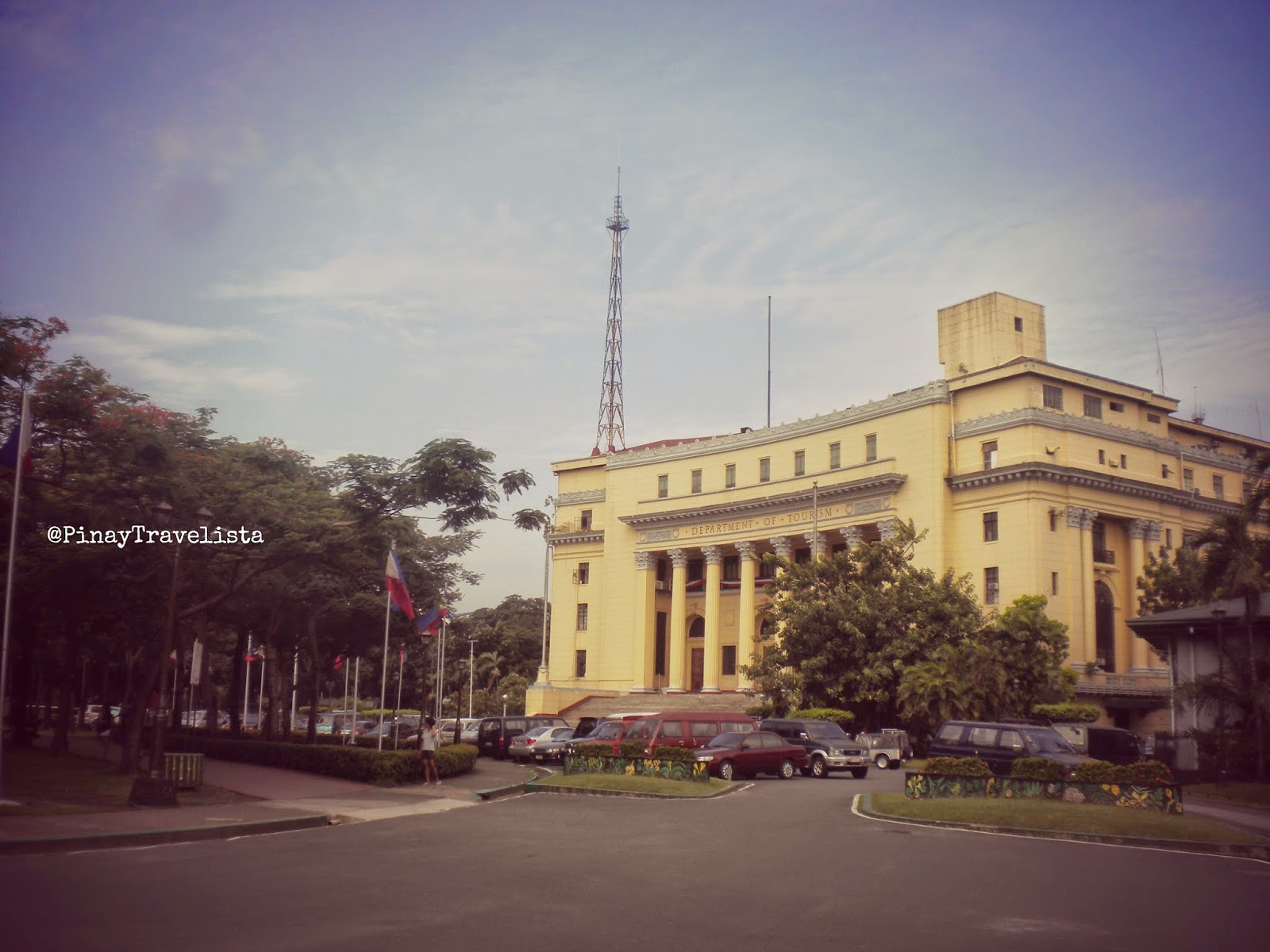 East of Rizal Park, you can also check out one of my favorite statue, which is the STATUE OF THE SENTINEL OF FREEDOM that depicts Lapu-Lapu. He was venerated by Filipinos as the first national hero for being the first native who resisted Spanish Colonization, and I like how he stands proud with the sky as his backdrop. In the area you will also find the DEPARTMENT OF TOURISM, as well as Museum of the Filipino People, and Relief Map of the Philippines.
If you’re the type who lean towards anything historical, and cultural interest, you might like to check out these on the list. Though I must admit that those are not complete, and if you can find a better resource maybe you can share it with us as well.
Policies of Installation of Historical Markers
1] List of Historical Sites & Structures
2] List of Institutions
3] List of Historical Markers
It was a long, and tiring day of which I’m thankful that my cousin was sweet enough to take me out. But Intramuros should be thoroughly explored, and a day would not justify it. Luneta Park as much as it is a tourist destination is also a place of leisure. Maybe one of these days I’ll have enough time to waste it there. I’d say it’s one of the interesting places to do my favorite activity – people watching! Oh the stuff, and the inspiration you get from watching people. So if you have a day, or two and no plans to spend it at, why not give the familiar places a try.