Skip to content
Bolos Kano or welcome is what greeted us on my first visit at Marawi City for an afternoon trip. We were at the Aga Khan Museum on the grounds of the mighty Mindanao State University – Marawi campus, the main campus for the whole MSU educational system.
The first stop was the repository for Maranao and other Moro artifacts. Aga Khan Museum is one stop to educate one of the Maranao culture — and I was happy to undertake, despite nagging fear. 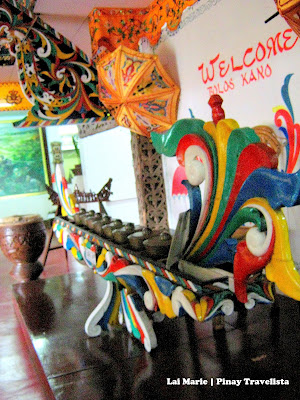 A massive Kulintang sits at the entry way of the museum showcasing the musical heritage of Maranaos. It is a musical instrument composed of rows of small horizontally-laid gongs that functions melodically with other musical instruments like the suspended gongs and drums. It was on 2005 that the ancient song, Darangen Epic of MaranaoPeople of Lake Lanao, was selected as Masterpiece of the Oral and Intangible Heritage of Humanity by UNESCO, 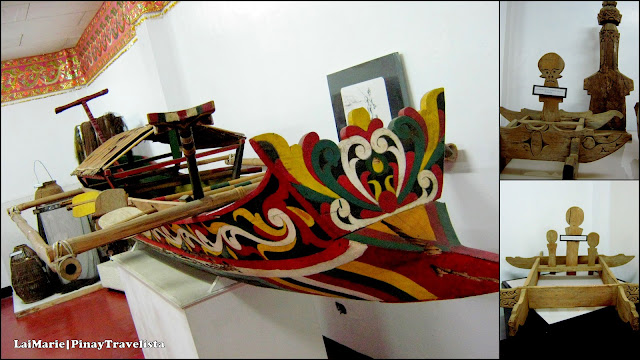 Named in honor of King Aga Khan, the museum has many cultural materials and a collection of indigenous arts, native tools and weapons used by the Muslims.
A definite highlight for the museum is the miniature Torogan. Torogan are the artistically designed ancestral houses of the upper class Maranaos. I am hoping to see a preserved Torogan one of these days.  If History lessons serves me right, there should be no larger houses than that of the torogan of the Datu or the highest title holder of the tribe — for this signifies rank, prestige, and wealth. 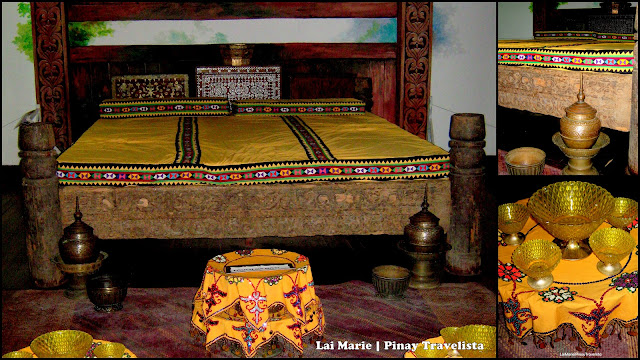 Known for their colorful weaving and wood and metal crafting, the Maranaos shows the fine taste of good artistry and skills. 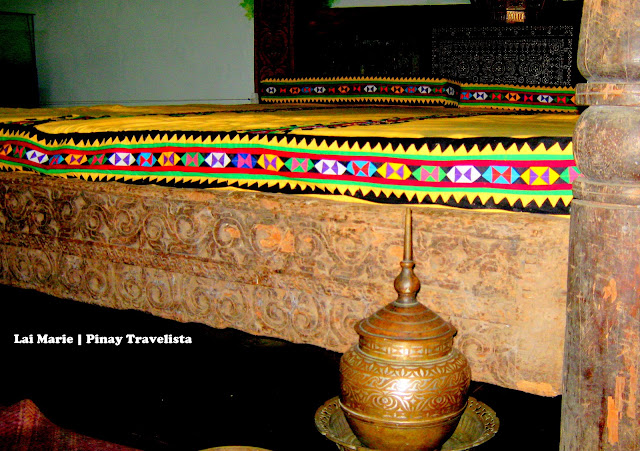 The Okir or Okkil is the range of folk motifs, geometric forms, that is prominent in Maranao artworks. Found in wood and metal carvings, and clothes —- the intricate the design, the higher the prestige has to the one who bears it. 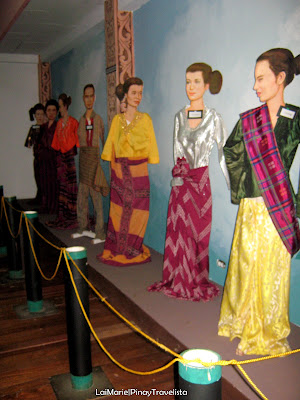 Clad in expensive silk, the Maranao women is styled in decently covered colorful clothing. Lining up on a corner shows the different ways Malong or tube skirt is used by, both, Maranao men, and women. It is traditionally used as a garment, akin to the Sarong used by the people in Malaysia, Brunei, and Indonesia.
I was very  lucky to not only go again MSU – Marawi and learned more about their culture. I also went around the Marawi City streets to chcek it out myself. And so I end this post with the Battle of Marawi. Here are people of different culture, speaking in a  foreign-like dialect to my ears, but they once fought the same colonizers my ancestors have fought to hold on to a land that has always been theirs. The painting is not as vivid and colorful as the Maranao culture — that it is. In fact it is gloomy, dark, and grey as I see it. But, maybe, that is because it depicts the same mood it was for the Maranaos then. But looking at it from a few feet in distance, the lush vegetation of the land and the brightly colored landscape, beyond the battle, shows how promising the land of Marawi was and is. The very reason why its’ inhabitants has fought and shed blood for it.

TRAVEL NOTES
* The Aga Khan Museum is a collection of Maranao culture. It is best if you have ample time to go around it.
* Bring your camera ofcourse.
* And oh! Aga Khan Museum is located at MSU Marawi, Marawi City, the Summer Capital of the South. So bring something to keep you warmed up.

An entry to PTB November 2011 Blog Carnival
hosted by Olan Emboscado | The Travel Teller
on the topic “Mindanao Bliss“.