Skip to content
Tabon Cave Complex is 2-3 hours away from Puerto Princesa, Palawan. It is a set of caves located on Lipuun Point, north of Quezon municipality, in the south western part of the province of Palawan, Philippines. It’s one of the first historical sites Filipinos read from their early school years, dubbed as the Philippines’ Cradle of Civilization.

We took an early van bound for Quezon, and slept on the road when it was still pitched dark. We had breakfast on a small shack near the bus, and van terminal as day broke, and as people went into their busy morning routines. Stopping by the Philippine National Museum – Quezon, Palawan Branch, we had some enough time to have our breakfast settled as we went around the little, and take interest with museum collection. We also went to the museum to get permits for Tabon Cave Complex. We then headed out this strip of land where boats lined up, and some just coming in with their early morning catch. I’m not sure if this was the town port, it’s small, and unusually calm for a port. Then again it Lipuun Point is a small, and quiet town. Although there is only one cave originally named Tabon, all caves in Lipuun Point Reservation have become collectively known as Tabon Cave Complex where numerous archaeological artifacts have been discovered. 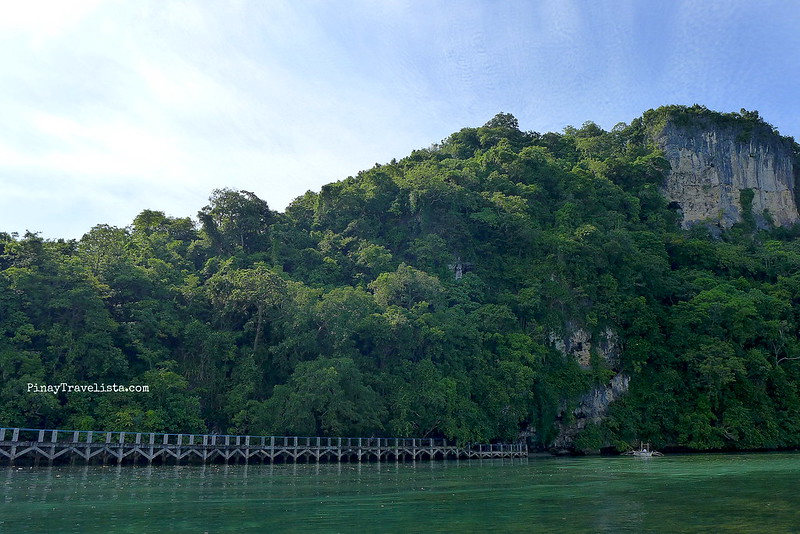 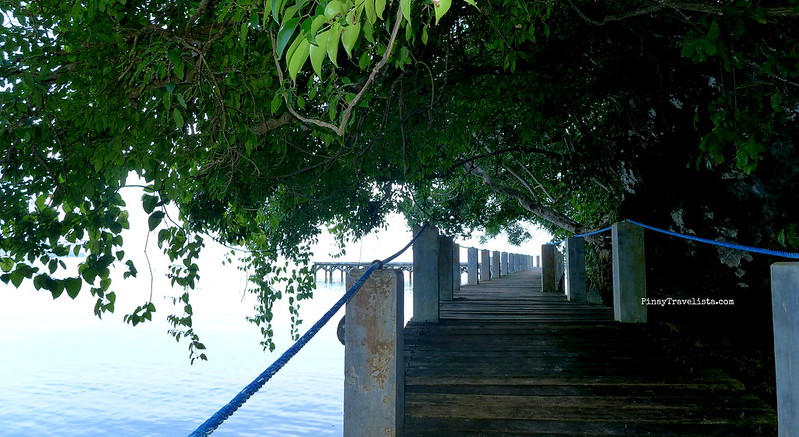 There are approximately 215 caves in the reservation, 38 of which have been established to be of archaeological and anthropological significance. The Tabon Cave Complex and all of Lipuun Point is located on a limestone promontory which is visible from any direction for many kilometers and honeycombed with caves and rockshelters.  This point is called Lipuun by the local people but marked “Abion Head” on charts made from British surveys in 1851.  The point is about 104 hectares in are and is formed by a number of rounded limestone domes separated by deep chasms. 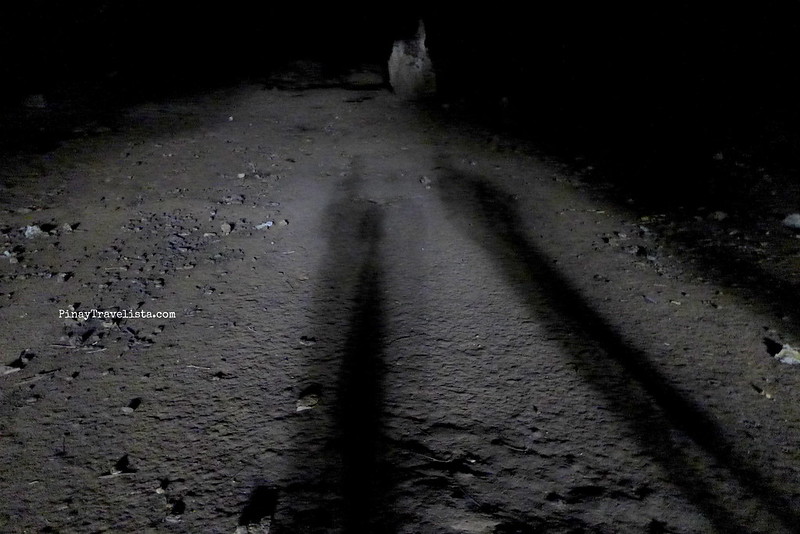 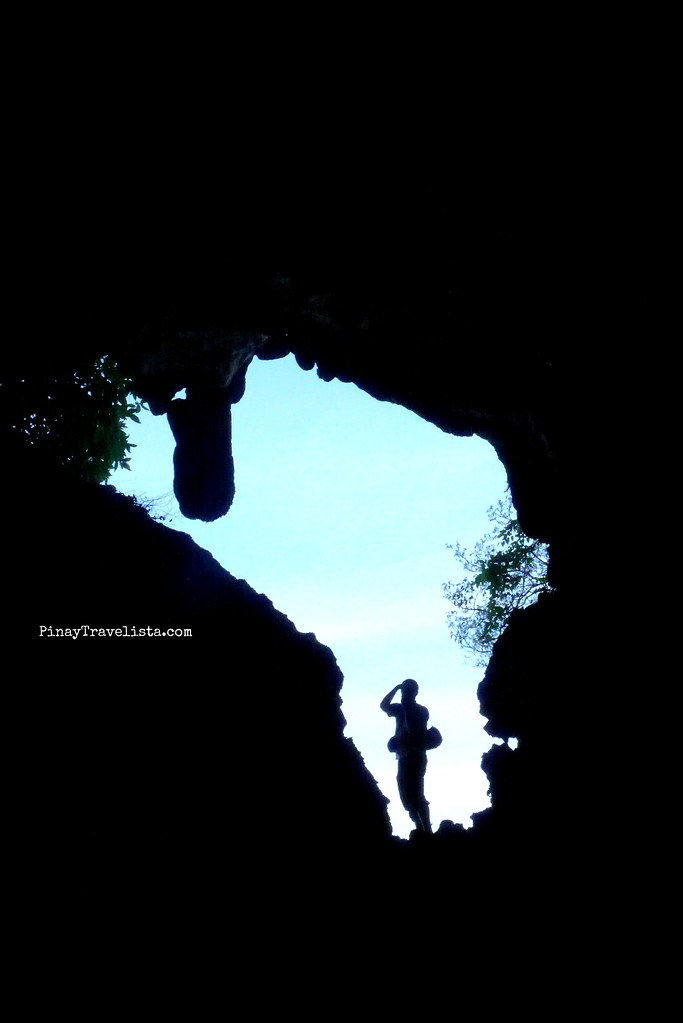 The boat ride was short, and the sea was calm, and serene — the kind that you just want to run your fingers on its surface to cause ripples. We got tp the Tabon Cave Complex entry, and were the first visitors of the day. We were greeted by our guide, and we decided to dive into the darkness and check out the rest of the cave complex. 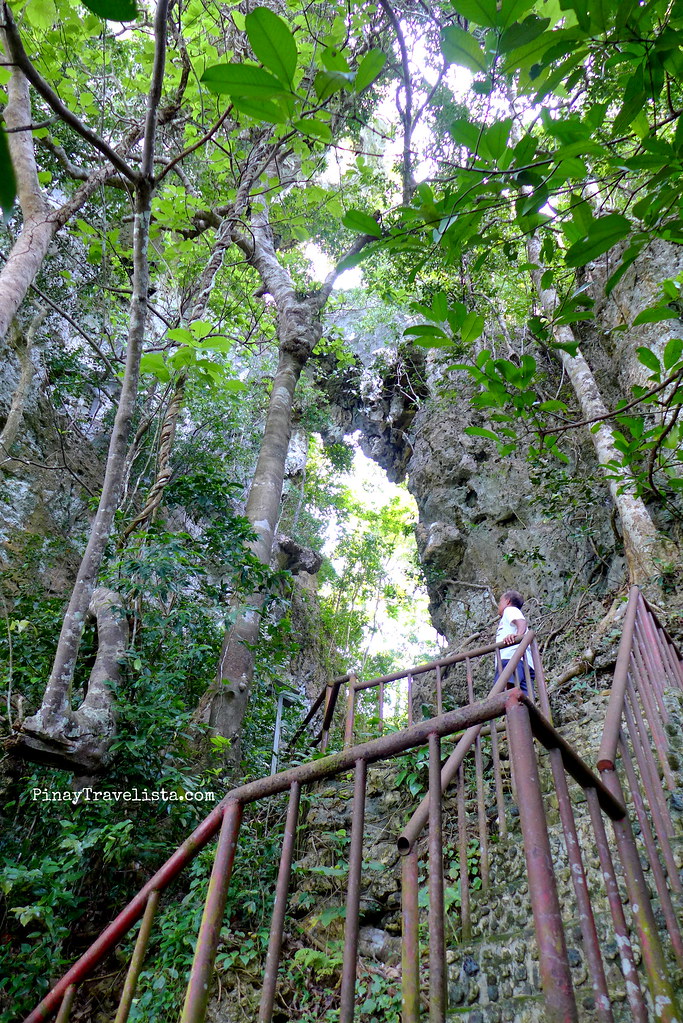 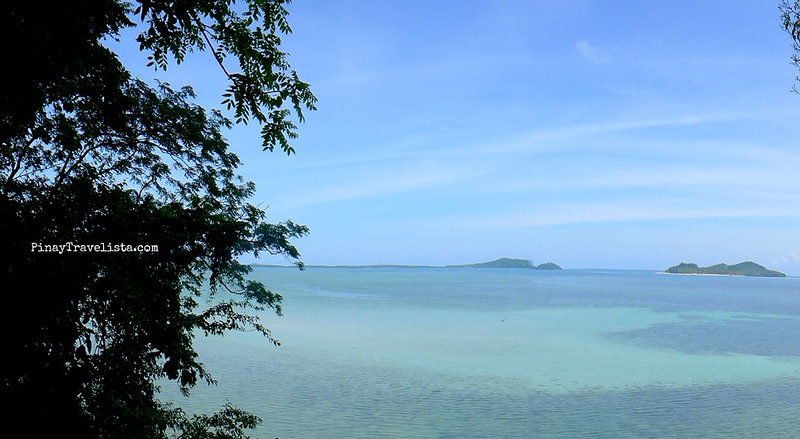 The Tabon Cave Complex is in the Lipuun Point Reservation, a 138-hectare museum site reservation that lies along the western coastline of Southern Palawan. So you will get to do a lot of walking on path, climb flights of stairs, and make your way into the forest. The nice thing about Tabon Cave Complex aside from its historical significance is that the view from cave openings. Every one in a while you get to walk on secured paths with one side overlooking the sea. 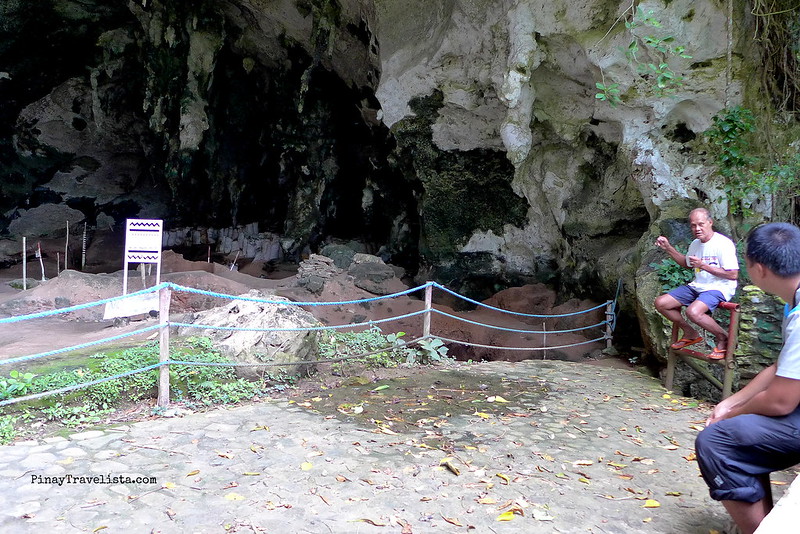 This was the site to first establish the presence of humans in the Philippines during the Pleistocene. The different cave sites document through a corpus of C-14 dates a virtually continuous occupation between at least 50,000 years ago, which have been widely cited because the Tabon Cave is one of the very few sites in Southeast Asia to have yielded Pleistocene fossil Homo sapiens. The data provide new chronological data on the questions of Pleistocene Homo sapiens settlement on the margins of Sundaland. The Tabon Cave, itself, is the site where possibly the oldest Homo sapiens sapiens fossil evidence in Southeast Asia in the form of a tibia fragment, right mandible, and frontal bone was been found. 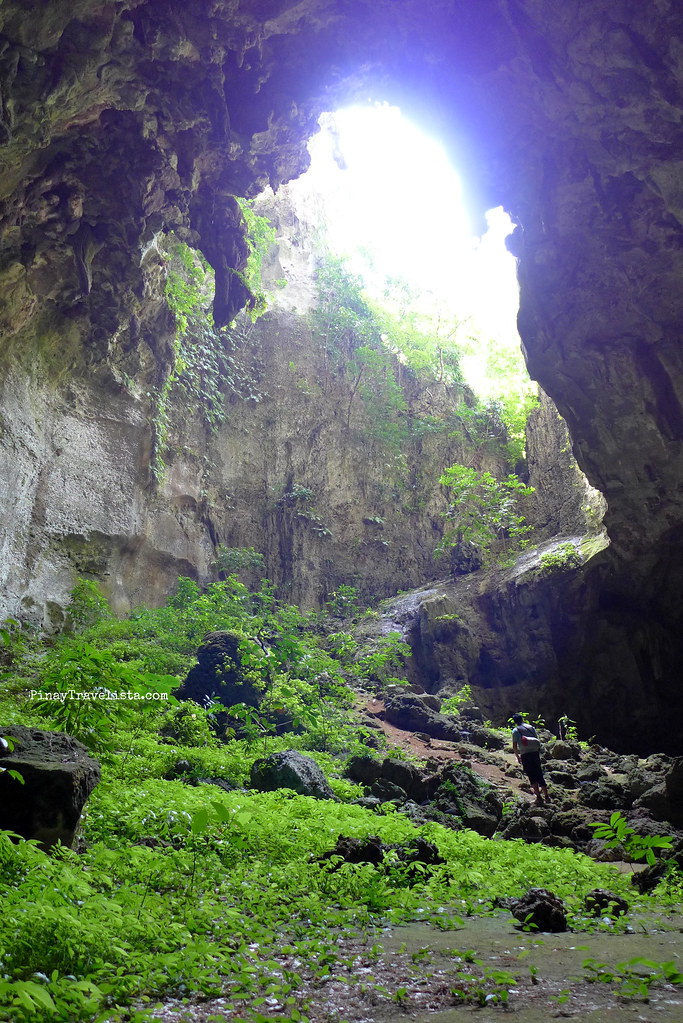 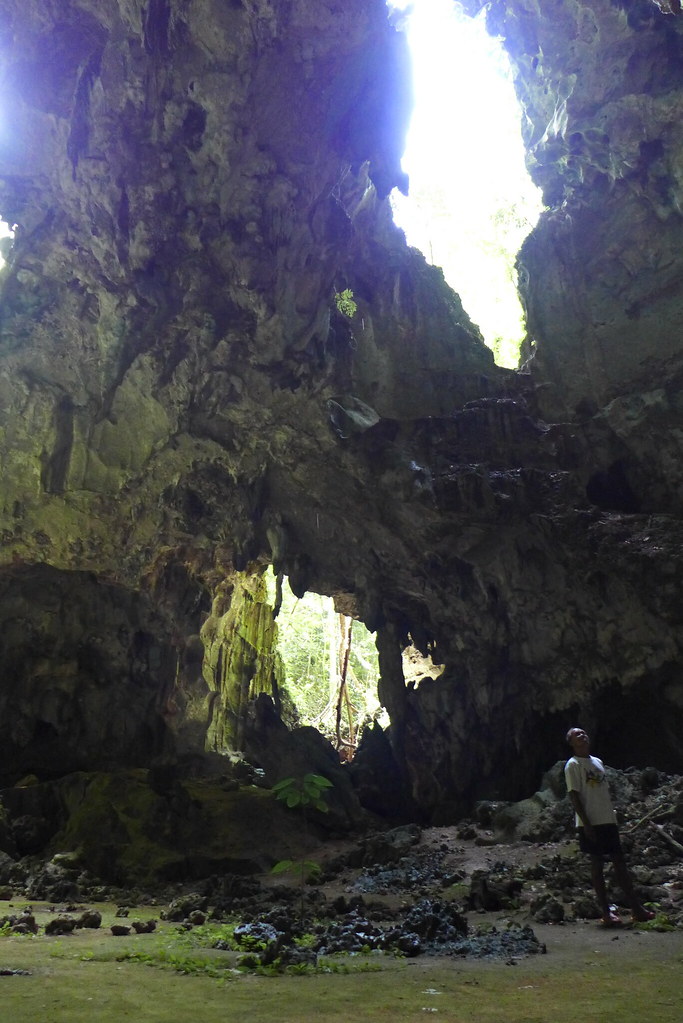 The 200+ caves located in the limestone formation are collectively known as the Tabon Caves, after the main cave, called Tabon, so named after a megapode bird that digs its nest into the ground.

To visit Tabon Caves Complex a permit is required. You can purchased the permit, and log in a visitor at the Philippine National Museum – Quezon, Palawan Branch. A personal appearance is required. Tabon Cave Complex permit are issued only up to 2:00 PM, and it is shown the Coast guard at the Quezon Pier, the jump off for Tabon Cave Complex

HOW TO GET TO TABON CAVE COMPLEX