Skip to content
Heading out for #TravelMindanao destinations, Jam, Alex, and I met at  the bus terminal and started of #TravelMindanao travel advocacy from Iligan City. We met late afternoon for a ~10H travel to Surigao City. It would be long bus rides for us, and that we would be having dinner in transit, as well as try to get some shut eye along the trip before tackling our short but interesting list of things to do in Surigao City. 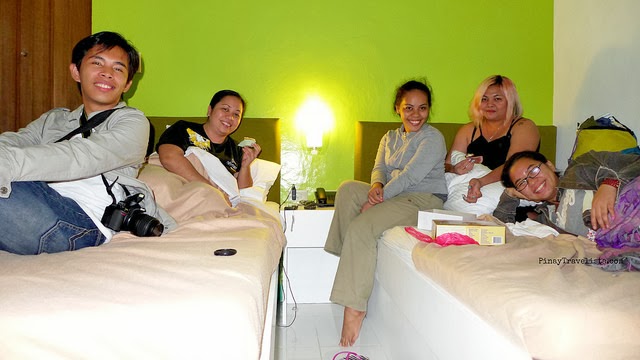 Around 4AM the next day, we met up with Doi, and Shugah who were already at Surigao City, and toasty warm at Le Chard’s Bed & Breakfast. Glen was still on the road then, and only the six of eight of us will be covering Surigao Del Norte with resident travel blogger friend Nath joining us. We did quick catching up, not that it was needed, over breakfast, and we then headed out for a city tour prepared by the Tourism Office of Surigao City. Little did we know that their definition of a city tour is different from what the general public might take of it.

Things to Do at Surigao City We were not expecting to go spelunking at Silop Caves but we were surprised the trail leading to the cave system is tourist-friendly. It made it easier for us who were not appropriately dressed for the caving adventure. We went to Day-Asan Floating Village along with people from the Tourism Office. They were kind enough to tour us around, and show us the small village that live near the sea. We had some free time to swim in the nearby islets where the white sand is fine, and the beachline is smooth. We were suppose to be heading out of Surigao City for Bucas Grande but a Super Typhoon Haiyan was forecast to make a landfall at Surigao City, and it was a decisive call to stay at Surigao City for our safety. We would rather be safe in hotel rooms, than be on the road when the typhoon hit the area. We stayed at different accommodations that night, and kept constant communication with each other. We then decided that it would be best that we would stay together than apart. The next day, we headed back to Le Chard’s which would be our shelter from the storm. I woke up with the wind howling when typhoon made landfall early the next morning. We stayed indoors, and watched the strong winds whipped the trees, broke it’s branches, and uprooted some. Like how the storm came so suddenly early that day, it went away just as quickyly. When the sky cleared, I decided to go off alone, and do a city tour by myself since it was my first time at Surigao City. Jam decided to join me while the rest of the team stayed to do some catching up on work.

It may have not been what we expected but the extended Surigao City stay was of adventures in the caves, at the sea, around the city, and sheltered from a storm. When Jam, and I got back, we then left to stay at a friends home near the Mabua Pebble Beach. We stayed at Nath’s for the night before heading out of the city to continue on with our travel.